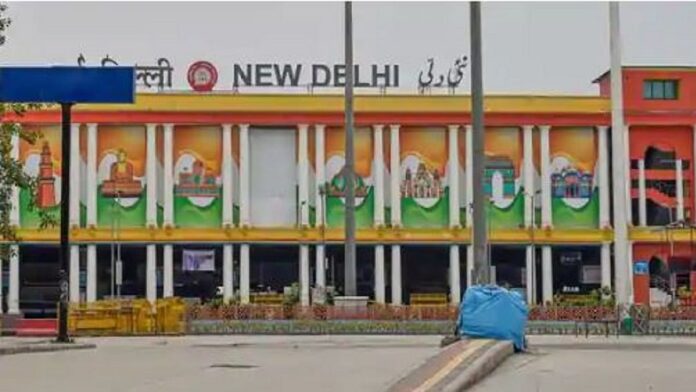 New Delhi [India]: Four have been arrested after an alleged case of gang rape was reported from the New Delhi Railway Station on the night of Thursday, said Delhi Police.

A 30-year-old woman was raped in the electrical maintenance staff hut at Railway Station platforms 8 and 9. The accused are Railway Employees in Electrical Department.

“The victim, aged 30, was raped in the electrical maintenance staff hut at Railway Station platform 8-9 Thursday night. All 4 accused are Railway Employees in Electrical Department and have been arrested,” said DCP Railway Harendra Singh.

On July 16, the Delhi Commission for Women on Saturday issued notice to Delhi Police in a matter of alleged rape and attempt to murder of a 15-year-old girl.

The father of the girl informed the Commission that he is a daily wage labourer and lives in Delhi along with his family. He informed that his 15-year-old daughter used to work in a shoe factory.

DCW chairperson Swati Maliwal took cognisance of the matter and has issued notice to Delhi Police. The Commission has sought the details of the FIR registered and the accused arrested in the matter.

Earlier this month, a man has been apprehended by Delhi Police for allegedly raping a 4-year-old girl in North East Delhi.

According to the police, the accused misbehaved with the girl after seeing her alone.

On inquiry, the mother of the victim said that a man had sexually assaulted her daughter.
“Both families are residing in the same building and are engaged in labour works.

Counselling of the victim girl has been done. And, following due procedure, a case has been registered under Sections 376 and 377 of the Indian Penal Code (IPC) and POCSO Act and the accused person (aged 20-21 years) has been apprehended,” said police.