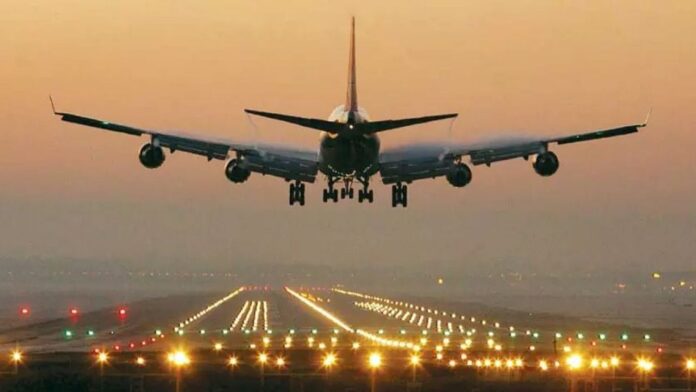 According to sources, the SpiceJet pilot mid-air has complained about the fuel leakage in the aircraft.

The conversation between the SpiceJet pilot and ATC Karachi which has been accessed, shows that the pilot has asked for a precautionary landing after suspected fuel leakage in the aircraft.

“The SpiceJet pilot is heard telling ATC Karachi that the fuel leakage in the aircraft, requesting it for precautionary landing,” ATC conversation read.

The plane landed safely at Karachi airport at around 8 am (local time), 53 minutes after being airborne.

“SpiceJet has been on-ground for the past four hours. Passengers are being looked after. The plane has been parked in the designated area where engineers are assessing the problem,” Pakistan’s civil aviation authority (CAA) official said.

According to SpiceJet, the flight was diverted when it was on the way to Dubai and flying on 5000 ft.

“On July 5, 2022, SpiceJet B737 aircraft operating flight SG-11 (Delhi – Dubai) was diverted to Karachi due to an indicator light malfunctioning. The aircraft landed safely at Karachi and passengers were safely disembarked,” the spokesperson of the airline said.

According to the airline, no emergency was declared and the aircraft made a normal landing at Karachi airport.

“No emergency was declared and the aircraft made a normal landing. There was no earlier report of any malfunction with the aircraft. Passengers have been served refreshments. A replacement aircraft is being sent to Karachi that will take the passengers to Dubai,” SpiceJet spokesperson said.

Earlier on Saturday, a domestic flight made an emergency landing after its cabin filled with smoke soon after take-off for the central city of Jabalpur, the airline said.

“On July 2, 2022, SpiceJet Q400 aircraft was operating SG-2962 (Delhi-Jabalpur). While passing 5000ft, the crew noticed smoke in the cabin. The pilots decided to return back to Delhi,” the airlines tweeted on July 2.