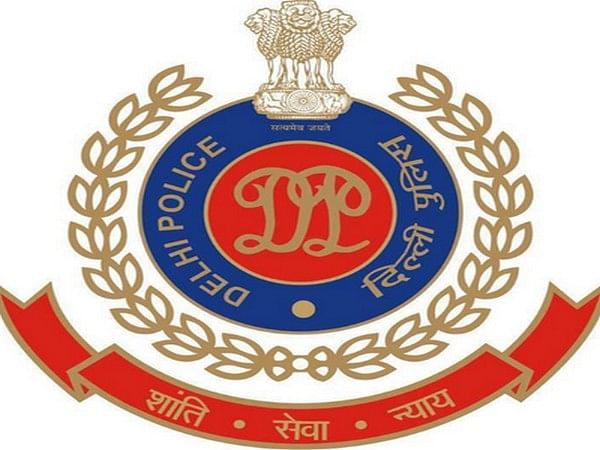 New Delhi [India]: The Delhi Police recently solved the fake abduction case of an American woman within 24 hours of its registration.

In the sensational blind case, the female tourist arrived in Delhi on May 3 and informed her family that she is in an unsafe environment and is being assaulted and beaten by an unidentified individual.

She did not disclose her present location to her family. The complaint was forwarded by the US Embassy to New Delhi District police.

“This case was reported after more than two and half months of the arrival of the victim in India. So, there was no scope of making efforts through CCTV footage. It was also not sure as to which part of India, the victim is. On the basis of technical surveillance and professional investigation, the victim has been recovered within 24 hours of reporting the incident to the police,” said Amrutha Guguloth, Deputy Commissioner of Police, New Delhi District.

“The United States Embassy informed that a US resident, Miss Chloe Renee McLaughlin arrived in Delhi on May 3, 2022 where she was assaulted and beaten by an unidentified individual known to her and she is missing after reporting the incident to her family in the US. The victim has mentioned in the email that she is in an unsafe environment where she has encountered physical and emotional abuse,” said DCP said.

On July 10, the victim spoke to her mother Sandra McLaughlin via a video call on WhatsApp.

The mother of the victim tried to gather some more information about her but an unknown individual entered the room and she could not disclose much.

The United States Embassy showed its concern anticipating that the victim is either incapacitated or being prevented from contacting her family or Embassy.

In order to ascertain the present whereabouts of the girl, assistance was sought from Yahoo.com for providing the IP address used by the girl for sending an email to American Citizens Services on July 9.

Further, the Bureau of Immigration was requested to provide the immigration form of the girl, to find her whereabouts.

As per the immigration form details, she had given her staying address as Khasra No. 44 & 45, Greater Noida, Uttar Pradesh.

“A team was sent to the location to find it the address of Radisson Blu Hotel. Enquiries were made at the hotel and it was found that no such person had checked in at the hotel. Thereafter, technical assistance was taken from Cyber Unit/New Delhi District to find out the IP addresses used by her WhatsApp number. On analysis of the information received from WhatsApp, it was found that the victim used Wi-Fi data of someone,” the police added.

Accordingly, the mobile number associated with the IP Address and the alternative mobile number mentioned in the CAF was obtained and details of this number were analysed.

Acting on this crucial tip, her friend’s mobile number was put on surveillance. Based on these technical inputs and operational requirements various teams were formed and dispatched to suspected locations to locate the victim.

As a result, the police team succeeded in apprehending one Okoroafor Chibuike Okoro alias Rechi (age – 31 years), a Nigerian national, from Gurugram, Haryana, IP Address of whose mobile was used by the girl while making the WhatsApp call to her mother.

On sustained interrogation, he revealed the location of the girl and ultimately the girl was traced at E-707, H2O Imperia Residency, Greater Noida, Uttar Pradesh, said Deputy Commissioner of Police, New Delhi District.

After the rescue and examination of the victim, it is revealed that she had staged the incident to emotionally blackmail her parents. It was also found that her Visa had expired on June 6.

As per the investigation conducted so far, it is found that the victim had befriended Okoroafor Chibuike Okoro alias Rechi through Facebook and after her arrival in India she was staying with him.

On further investigation, it is found that the Passport of Okoroafor Chibuike Okoro alias Rechi has expired. Legal action with respect to overstaying in India without a valid passport and valid visa is being taken against them, said police.

It has been found that the victim is graduate from a USA university and she resides in Washington DC and her father is an ex-army officer. She has a passion for singing.

Okoroafor Chibuike Okoro alias Rechi came to India in the year 2017 for pursuing a course in Network Administrator.

Further investigation of the case is in progress.