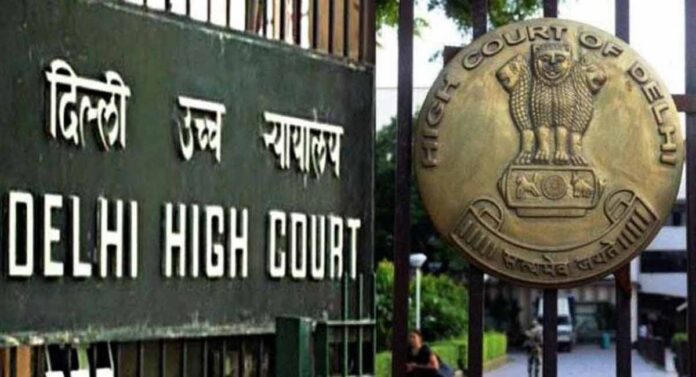 New Delhi [India]: The Division bench of the Delhi High Court dismissed the petitions of Whatsapp and Facebook challenging a Competition Commission of India (CCI) order calling for an investigation into the messaging apps new privacy policy.

The bench of Justice Satish Chandra Sharma and Justice Subramonium Prasad on Thursday while dismissing both appeals moved by Whatsapp and Facebook refused to further extend the stay granted on notices issued to messaging apps by CCI. The bench said that the appeals were devoid of merits. The bench had kept the order reserved on July 25, 2022, after the completion of the submissions by all sides.

Appearing for Facebook Inc Senior Advocate Mukul Rohtagi submitted that because Facebook is the formal owner of Whatsapp and the platform is said to share its data with Facebook (parent company) doesn’t mean that it is a necessary party to investigate. While opposed to the CCI probe against Facebook, Rohtagi further argued that there is no prima facie material available with the CCI to proceed with investigating it while conducting the investigation of WhatsApp’s new privacy policy.

The Division bench was hearing the petitions of Whatsapp and Facebook challenging the single bench, which had dismissed Facebook and Whatsapp petitions.

However, Additional Solicitor General appeared for CCI and submitted that its jurisdiction to investigate Whatsapp’s new privacy policy is not closed as the policy in question is neither withdrawn nor stayed by any court or by any judicial forum. Earlier CCI counsel said we are presently not able to move forward with the investigation as the matter is examining by this court.

Earlier in the hearing, the Bench noted that the Data Protection Bill is yet to be finalised by the respondents/Centre while granted time to Whatsapp and Facebook to file their response over the notice issued to them by CCI and sought several details from them.

The Court also extends the interim order granted to the appellant earlier by the court.
Facebook and Whastapp had approached the Division bench through an appeal-challenged single-judge bench order dismissing their pleas against the CCI decision.

The single bench of the Delhi High Court on April 22, 2021, dismissed Facebook and WhatsApp pleas challenging a CCI order for an investigation into the messaging app’s new privacy policy. The petitioners had challenged the March 24 order passed by CCI directing a probe into the new privacy policy and the probe should be completed within 60 days.

Facebook and WhatsApp said that since the issue of WhatsApp’s privacy policy is being heard by the Supreme Court, and High Court, therefore, there was no requirement for CCI to order the probe.

Senior Advocate Harish Salve and Former Attorney General Mukul Rohatgi appeared for the petitioners and told the court that CCI proceedings must be kept in abeyance as the matter is pending before Supreme Court and High Court.

Additional Solicitor General (ASG), who represented CCI in the matter, had earlier told the court that the matter is not of privacy but access to data and the Competition is going to deal with metadata.