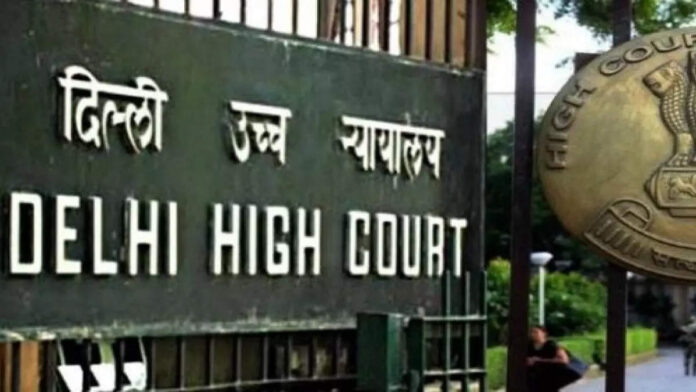 New Delhi [India]: The Delhi High Court on Tuesday directed its Registrar General, the Government of NCT Delhi, and others to set up 42 commercial Courts within six months for the speedy redressal of commercial cases.

The court’s direction came on Tuesday during the hearing of a Public Interest Litigation (PIL) sought directions for setting up 42 more Commercial Courts, as notified by the Delhi Government on April 13, 2021, to ensure speedy redressal of commercial cases instituted in Delhi in the larger public interest. The bench of Justice Satish Chandra Sharma and Justice Subramonium Prasad on Tuesday noted down the submission of its administrative side stating that a shortage of courtrooms is coming in the way of immediately starting additional commercial courts which will be established once the infrastructure is completed.

Court also noted the submission of the Delhi Government stating Chief Secretary, Government of NCT of Delhi had desired during the meeting dated June 7 that the PWD may strictly adhere to the timelines for construction of prefabricated courtrooms and hand over the same formally within the prescribed timelines.

Taking note of the submission the bench of Justice Satish Chandra Sharma and Justice Subramonium Prasad on Tuesday directed all the respondents to set up the infrastructure for 42 commercial courts within six months. The court granted liberty to petitioner Amit Sahni to re-approach the court if the order note complied within a time frame.

“The efficiency of the Legal System and the time taken to resolve the commercial disputes is an extremely important factor in deciding the growth of investment and overall economic and social development of the nation,” said the petitioner Amit Sahni, who is a practicing advocate.

“The delay caused in the dispensation of justice has taken note of High Courts and the Supreme Court from time to time and the directions have been issued to recruit the pending vacancies in different courts of the country,” the petitioner added.

According to the petition, at present, a total of 22 commercial courts have been functioning in Delhi but the additional 42 Courts as approved by the Government of National Capital Territory (NCT) Delhi on 22 March 2021 and subsequently notified on April 13, 2021, have yet to be appointed.

“As against the world’s best practice towards the timeline for disposal of commercial disputes of 164 days, Delhi takes 747 days in deciding a commercial dispute. Mumbai, on average, takes only 182 days,” said the petition.

The plea further stated that despite notification of 42 additional commercial courts by the Government of NCT Delhi, the said posts have not been created by the High Court of Delhi through its Registrar General.

“In order to expedite the justice delivery system at least concerning commercial disputes, the Commercial Courts, Commercial Division and Commercial Appellate Division of High Courts Act, 2015 has been passed by the Government, which provides for a separate set of Commercial Courts to be set up by the State Governments at the District Level to try suits and claims pertaining to Commercial Disputes,” the plea read.