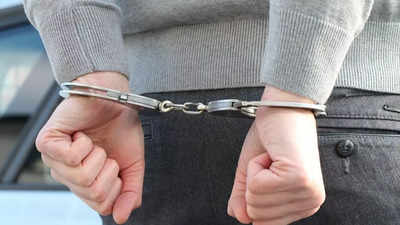 New Delhi [India]: Delhi Police on Wednesday arrested a husband-and-wife duo who was allegedly involved in the embezzlement of crores of rupees of investors through a fake Tour and Travel Agency, said police.

The accused persons have been identified as Satya Parkash Bhardwaj (52) and Suman Arya. In the local vicinity, Bhardwaj was popularly known as Natwarlal, added the police. Delhi Police Economic Offence Wing registered an FIR on the complaint that a number of victims were being duped by a couple, as per the police.

They were willfully evading arrest and fled away from Delhi along with their children in 2018. A reward of Rs. 25,000/- each was declared on the arrest of both in the above-mentioned FIR, according to the police.

The crime branch found out that the couple was present in Rajasthan near Jaipur till April 2022.

Raids were conducted in Rajasthan and upon discreet enquiry on the ground by team members, pivotal information about wanted persons emerged that they were also indulged in cheating activities in Rajasthan and a case was registered against them in Chandwaji police station.

The couple allegedly fled away from Jaipur in April 2022.

The team conducted raids in Western Uttar Pradesh, and it was revealed that they are presently in Garh Mukteshwar, Hapur, U.P, immediately team moved to Garh Mukteshwar meanwhile accused Satya Parkash Bhardwaj again of fleeing from there.

After a chase of about 180 KMs, Natwarlal was apprehended on August 21, 2022, from Delhi Cantt. Railway Station when he was again trying to flee away from Delhi by train.
Meantime, the team traced Natwarlal’s wife out at Upadhayay Colony, Garh Mukteshwar, Hapur, and apprehended her on Tuesday.

On interrogation, the accused Natwarlal admitted that he indulged in cheating in the name of Manali Tour & Travels, Subsidy Programs, Rastrishya Siksha Mission etc. in Delhi and Rajasthan.

Accused Suman Arya on interrogation admitted that she along with her husband engaged in duping innocent people in the name of Tour & Travels.

In 2017, Natwarlal started a Playschool namely ‘Wings to Dreams’ and Vital Welfare Tour & Travels agency, and again embezzled a huge amount from a number of investors and fled away from Delhi to Rajasthan.

In Rajasthan 2020, he opened an office/agency in the name of ‘Wings to Life’ and induced people on account by providing Subsidies on e-rickshaw, Solar panels etc and cheated people for an amount of approx. of Rs. 25 Lakh, hence another case of cheating got registered against him in Rajasthan. Since then, he willfully evaded his arrest in different cases and resided here and there by hiding his identity.

The accused persons induced the innocent people for investing in lucrative schemes and returns/freebies to lure more people.

Once a huge amount of money is invested, the couple used to wrap up their office and flee away. They also duped the people in the name of various Subsidy Programs/ schemes run by Government. of Indian and the State governments and embezzled their hard earn money.