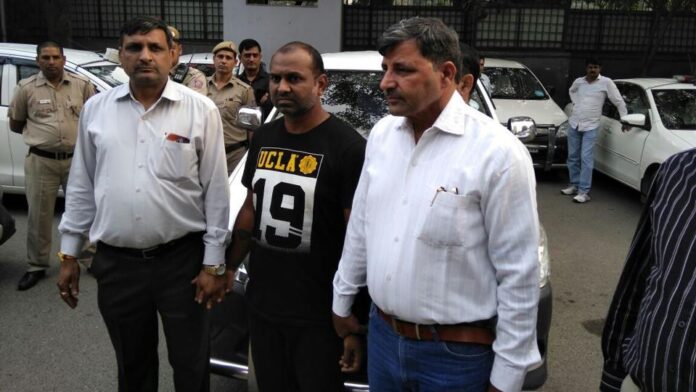 According to Delhi Police leading to a series of arrests initially on January 15-16, 2021, accused persons Lokesh Mehta and Sunil Kumar, both residents of Delhi were apprehended in joint possession of about 5.2 Kg Tramadol Powder. During further investigation, total 5.5 lakhs ‘ALKO-1’ (Alprazolam Tablets I.P. 1mg.) were recovered from their godown at Hari Nagar, Delhi on their instance. On the instance of above accused persons, one of their associates namely Satish Sahu was arrested and total 5.100 Kgs of contraband substance ‘Tramadol Powder’ was recovered from his possession.

On the instance of accused Satish Sahu, a raid was conducted near Old Rajender Nagar and two more associates namely Neeraj Arora alias Sonal and Rajesh Dutta alias Raj were arrested and from the possession of each, 200 grams of white Psychotropic substance “Ketamine” were recovered.

Further, on their instance another raid was conducted at Vikas Nagar, New Delhi and total 7.94500 lakh tablets (Tramadol tablets) were recovered from their godown at Vikas Nagar, Delhi hidden inside rice packets.

According to Delhi Police, names of Vishal Singh Fagna, Siddharth Gandhi alias Jacky and Ashwani Kumar Rattan were revealed as other members of the Drug Syndicate who remained absconding for a considerable period despite regular visits to their places.

Finally, they were declared as Proclaimed Offenders by Court vide order on March 19, 2021. Out of the above three POs, accused Vishal Singh was arrested in March, 2022. All the accused persons are in judicial custody.

He has been brought to Delhi and will be taken on police custody remand to unearth the backward linkage of the recovered psychotropic substances.