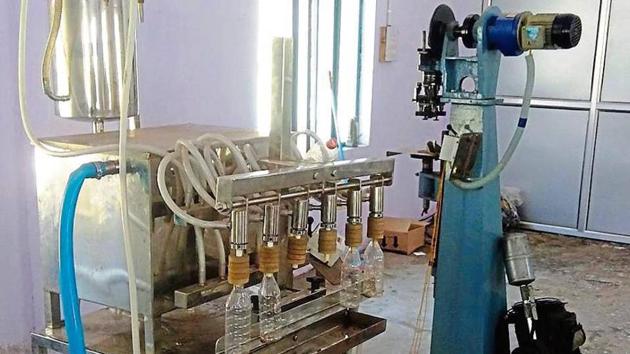 According to the Deputy Commissioner of Police (DCP) North East, a police team was patrolling in the area of New Usmanpur on Friday night. When the police team reached near masjid in Old Garhi Mendu Village, a foul smell similar to liquor was felt. On further enquiry, the police team knocked at the door of a nearby house which was replied by a person later identified as Shyam (26), a resident of Firozabad. As the door was opened, the smell became stronger causing suspicion. During the superficial search, a plastic drum full of illicit liquor containing approximately 220 litres, blended at the same place, 50 sealed quarter bottles of liquor, marked as ‘For sale in Haryana’, two plastic containers containing chemicals 32 Kilograms each were recovered.

Accordingly, a case under relevant sections of the Excise Act was registered at New Usmanpur police station and arrested the accused Shyam.
The investigation is underway.