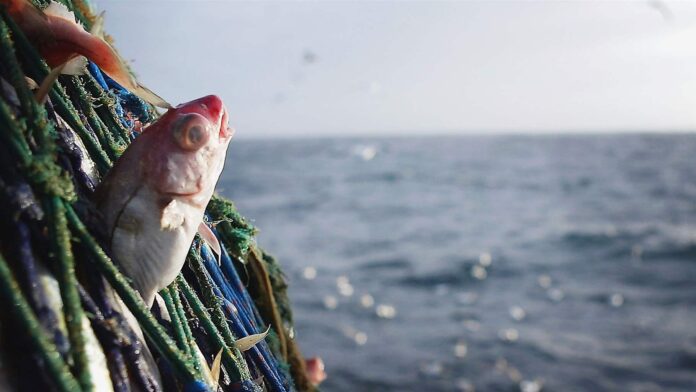 Geneva [Switzerland]: The stage is all set for a face-off between the developing and developed countries at the 12th World Trade Organisation (WTO) ministerial meeting in the Swiss town of Geneva.

A clear divide emerges as WTO try to negotiate an agreement on fisheries and India has categorically said that it is the developed world which is responsible for the depletion of marine resources and it will not compromise on subsidies to its fishermen.

Ahead of the formal start of the 12th ministerial meet, a permanent representative of India to WTO, Brajendra Navnit said, “We are committed to protecting rights of our traditional fishermen, we will not let any impact on their livelihood, there will be no stoppage in subsidies they are getting, this is India’s commitment and India will not bend on this.”

It was the 15th of July last year when all the ministers assembled on this subject. The representative ministers of 82 countries out of 120 odd countries were supporting India on policy space for the future, recognising the concept of common plus differentiated responsibility which shows that India has the backing of developing countries.

“Coalition of developing countries they know that they have not depleted these resources so obviously their interest is protecting its small and traditional fishermen, they would not like any discipline in their own water, they seek to have policy scope carve out when they grow physically,” said Brajendra Navnit.

“They have not engaged in the distant water fishing and they have restrained them to fish sustainably in their own water for livelihood purpose and would not like to take future responsibility as someone said here they were not part of the problem, the problem is created by those who are engaging by exhausting their own resources into distant water fishing. So for these set of countries, they would like to maintain kind of safety net for their small and traditional fishers, fishing on their own water they should not be under any subsidy discipline regime,” he added.

Consensus on fishing looks unlikely until developed countries bring something credible to the table because developing nations believe that developed nations are the bigger players in deep-sea fishing and they have given subside over a couple of generations.

WTO on its website states that its members are negotiating rules to prohibit subsidies that threaten the sustainability of fishing to help to ensure the sustainable use and conservation of marine resources. The WTO has been entrusted by world leaders with the important task of fixing rules on fisheries subsidies.

According to the latest data from the UN Food and Agriculture Organisation, fish stocks are at risk of collapsing in many parts of the world due to overexploitation.

It is estimated that 34 per cent of global stocks are overfished compared with 10 per cent in 1974, meaning they are being exploited at a pace where the fish population cannot replenish itself, states the fact sheet published by WTO.

The thematic sessions that will discuss the TRIPS waiver proposal and WTO response to the pandemic and future pandemics will commence on Monday followed by a session on food security.

On Tuesday, Fisheries and Agriculture will come up whereas the WTO reforms and issue of a moratorium on customs duty for electronic transmission will be discussed on Wednesday.
There will also be an open agenda at the WTO meeting.

Commerce and Industry Minister Piyush Goyal is arriving here to attend the WTO meeting, today he will be attending a close door session on challenges to the multilateral trading system where he will also be delivering a speech during the session. Goyal will attend the reception hosted by chair Kazakhstan further.