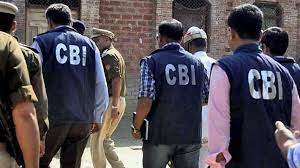 Special Judge Vishal Gogne on Monday noted that a fresh bail application has been filed by accused Ajay R. Nawandar. The Court said, “Let a copy of the application be supplied to the Investigation officer / CBI for the reply. Put up for a reply, if any and consideration of the bail application on August 5.” Nawandar, through Advocate Hemant Shah, stated that he was never associated with DHFL or its promoters in any role whatsoever. It is not the case of the CBI that the applicant was ever involved in any process related to availing of the credit facilities, the statement said.

The bail plea stated that he was arrested in the matter regarding the erstwhile promoters of DHFL, who siphoned the credit facilities availed from banks and a small fraction of the amount thereof was also spent on purchasing certain paintings/ sculptures.

Out of these paintings, two have been recovered from the premise of the applicant (Nawandar) and the same did not belong to the applicant, it said.

The plea further stated that the applicant was never associated with DHFL or its erstwhile promoters and had no connection with them. It is further apt to add that not even a single dime has even come to the Applicant either before the accounts turned NPA or subsequently.

There is no allegation or apprehension that the applicant is a flight risk inasmuch as that the applicant was summoned as a witness under Section 160 of the Code of Criminal Procedure on July 9 to which the applicant on account of his ill health sought time and thereafter made himself available for investigation on July 13 when he was arrested, stated the bail plea.

According to the CBI, during the searches at Nawandar’s premises last week and recovered a large number of uber-luxury watches worth crores of rupees, including Rolex Oyster Perpetual, Cartier, Omega and Hublot Michael Kors.

The Promoters of DHFL, Kapil Wadhawan and Dheeraj Rajesh Wadhawan were also arrested by the CBI recently and are currently in Judicial custody.

A case was registered on the complaint from Union Bank of India, Industrial Finance Branch, Mumbai against a private (Borrower) company based in Mumbai, its then CMD, then Director and others including a private person, private companies, unknown public servant(s) and private persons on the allegations that the accused cheated a consortium of 17 banks led by Union Bank of India to the tune of over Rs 34,615 crore (approx.) by siphoning off loans availed from the banks and falsifying the books of said private (Borrower) company and creating Shell Companies/false entities, which had come to be known as “Bandra Book Entities”.

It was alleged that the said private company and its promoters had created a number of shell companies and fictitious entities (the Bandra Book entities) and siphoned off huge funds by disbursing funds to such fictitious entities.

It was further alleged that separate audits conducted by other private audit accounting organisations had identified multiple instances of diversion of funds by the accused for personal benefits and falsification of books of accounts to camouflage and conceal dubious transactions.

The audits also identified several instances where large value loans were provided to such fictitious entities without due diligence and without securities. Instances of sanction and disbursement of loans, merely by e-mail communications were allegedly found for which no loan files were maintained in the said private (Borrower) company.