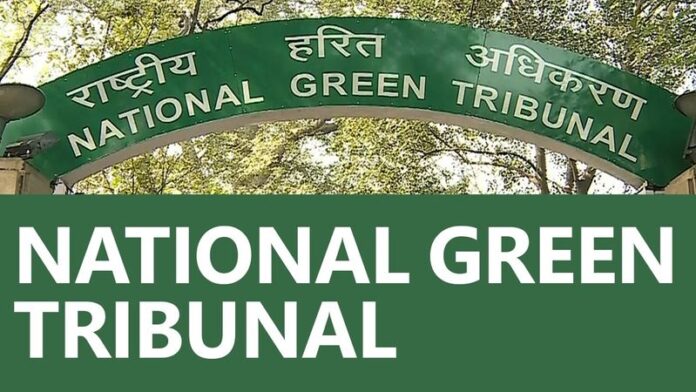 New Delhi [India]: The National Green Tribunal (NGT) while hearing the matters concerning to prevention, control and abatement of pollution of river Ganga, has shown its displeasure for not achieving results.

National Green Tribunal said, “This disappointing state of affairs needs change which is possible with the intervention of highest authority under the 2016 order. With every interval of time, there should be a graphic reduction in pollution load which is not happening.” The bench headed by NGT chairperson Justice Adarsh Kumar Goel in an order passed on July 22, 2022, said, it’s high time that alternative credible executing mechanism is explored so that treatment systems are established and operated in the fixed timeline and errant persons are made accountable so that not a drop of pollution goes to Ganga.

“Close monitoring by the Tribunal even in recent years shows that progress in preventing discharge of sewage and trade effluents is not taking place on expected lines. Either the necessary treatment systems are yet to be set up at several locations or STPs/treatment facilities established are not fully functional”, said the bench.
There is an unacceptable and unchecked delay with no accountability. Substantial
funds are provided by the National Mission for Clean Ganga (NMCG) without expected results. Reasons for not achieving results may be due to tardy processes or lack of effective credible mechanisms. Timelines have kept changing conveniently since decades. Even now there is no commitment for any fixed timeline in future, to the great and irreversible detriment of Ganga.
In a detailed order NGT further said that “even after decades of monitoring of six years after 2016 Ganga Order of the Central Government, still nearly 50 per cent of untreated sewage and substantial industrial effluents are continuing to be discharged in the river or its tributaries/drains, in absence of requisite functional treatment capacity.
Thus, instead of indefinitely continuing the proceedings without success, as has happened in the last 37 years, we suggest that the Member Secretary, NGC i.e.
DG, NMCG may place the agenda of reviewing the existing mechanism for executing the work of setting up and maintaining requisite treatment systems to ensure the prevention of pollution of Ganga in the next meeting of the NGC, which is the highest authority under the 2016 Ganga Order, preferably within one month or as early as possible thereafter, said the NGT order.
While seeking action taken report from the concerned authorities, NGT further suggests that “the alternative agency to be identified must be credible in terms of performance – Governmental, Private or Hybrid. It may be called SPV or otherwise. It has to be tasked to ensure the setting up of 100 per cent treatment capacity of sewage within a specified time, not exceeding one year. The quality and discipline control of the agency can remain with the NMCG, subject to final control of the NGC, in terms of the 2016 Order.
Tribunal noted that rejuvenation of the national river Ganga may require the upgradation of water quality of the entire stretch of the river so as to be fit for ‘Achman’ and ‘Bathing’, considering the criteria of FC and FS. As at present, this does not appear to be the goal. There has to be a tangible rejuvenation plan to prevent the discharge of sewage and industrial effluents with zero tolerance for violations.
At present no serious action appears to be taken against violators. NMCG may also put to notice the Chief Secretaries of five States to review the status in their States in light of the 5th Quarterly report dated 15.07.2022 and give a response to NMCG in a months’ time and also fixing accountability and resolving any disputes and impediments, NGT noted.
In view of the disappointing factual position noted above, a paradigm shift in execution and monitoring appears to be necessary. It appears that execution by State authorities is not adequate, too slow and lacking ownership. NMCG does not appear to be in a position to take stringent measures against non-compliance and failure to achieve goals in time bound manner. In dealing with such long pending challenges, executing agency has to be proactive and effective, with simpler and flexible procedures and timelines being sacrosanct. There has to be zero tolerance to further delay, said NGT.