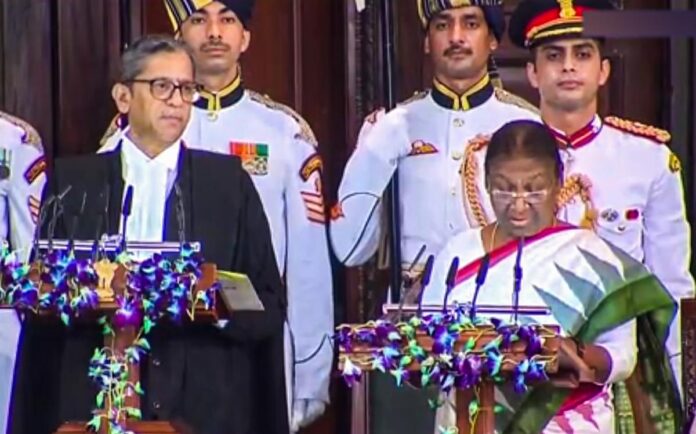 President Murmu has many firsts to her name.

She became the first person belonging to the tribal community to be elected as the President of India.

She is also the first person from Odisha to hold this coveted post.

She is the youngest President of India and the first President to born in Independent India.

She is only the second female, after Pratibha Patil, to become the Head of the State.

As the President of India, Droupadi Murmu is the official head of the state and the first citizen of India. She will also be the Commander-in-chief of the Indian Armed Forces.

Murmu was a member of the Bharatiya Janata Party, and prior to her cadidature as the President of India, she has served as the ninth Governor of Jharkhand between 2015-21 and held various posts in the Odisha cabinet between 2000-2004.

Before entering politics, Murmu worked as junior assistant in the State Irrigation and Power Department from 1979 to 1983, and then as a teacher at Sri Aurobindo Integral Education Centre at Rairangpur until 1997.

Droupadi Murmu was born to a Santali family on June 20, 1958, in the Baidaposi area of Rairangpur, Odisha.

Her father and grandfather were traditional heads of the village council. Murmu is an arts graduate of Rama Devi Women’s college.

She married a banker with whom she had two sons and a daughter.