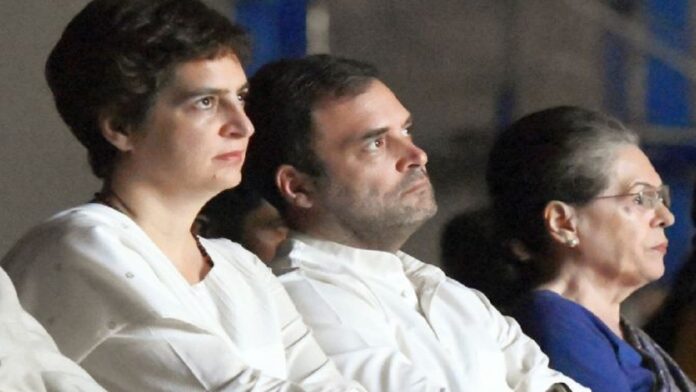 New Delhi [India]: The election for the post of president has now become a challenge for the Congress with the reluctance of party leader Rahul Gandhi to contest the polls.

The Congress party has completed the internal election process till August 20. The party had announced that the election for the post of president will be held between August 21 and September 20 but despite several attempts, Rahul Gandhi has not cleared the stance till now. According to sources, the Central Election Authority has made full preparations to complete the election process on time. The chairman of the authority is waiting for a meeting of the Congress Working Committee which will announce the election dates for the post of chairman and then the authority will notify the same.

Sources said the process seems to remain stuck since Rahul is not willing to contest the election for the post of Congress president, although all the efforts to convince him are still going on.

In fact, Rahul is adamant on giving the post of president to a non-Gandhi and that is why he is preventing sister Priyanka Gandhi Vadra from filing a nomination, sources claimed.
At the same time, Sonia Gandhi does not want to hold the post due to health reasons and Rahul wants a non-Gandhi should hold the post in place of Sonia.

Congress tried to persuade Rahul and considers Priyanka as the second option. If not, Sonia Gandhi will be asked to stay till 2024 for the sake of party unity, said sources.

If the logjam continues, there may be an attempt to agree on one of the names of the leaders like Ashok Gehlot, Mallikarjun Kharge, KC Venugopal, Kumari Shailaja and Mukul Wasnik.

The next few days are going to be very important for the Gandhi family keeping the time frame for Congress president election in mind which has technically started on Sunday itself.

Meanwhile, Congress plans to embark on ‘Bharat Jodo Yatra’ from Kanyakumari on September 7 under the leadership of party leader Rahul Gandhi and the 148-day march will culminate in Kashmir. The five-month yatra is scheduled to cover a distance of 3,500 kilometre and more than 12 states. The padyatra (march) will cover a distance of 25 km every day.

The yatra will include padayatras, rallies, and public meetings which will be attended by the senior Congress leaders including Sonia Gandhi and Priyanka Gandhi Vadra. The Congress suffered a debacle in the assembly polls held earlier this year and the yatra is seen as an attempt to rally the party rank and file for the upcoming electoral battles.

Meanwhile, sources said Rahul Gandhi will meet civil society people and organizations in Delhi on August 22 to listen to their issues and share their thoughts. Gandhi will also discuss his Bharat Jodo Yatra and its purpose with people from civil society.

Ahead of his Bharat Jodo Yatra starting from Kanyakumari on September 7, Rahul Gandhi will work with civil society to chalk out a strategy for the 2024 general elections. Gandhi is going to meet organizations and individuals working for different sections of society before his Bharat Jodo Yatra.