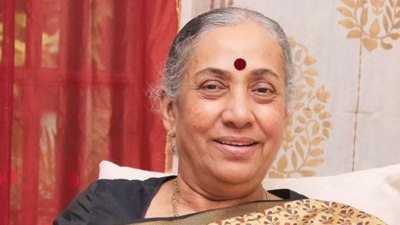 The opposition leaders finalised her name after a meeting held at the residence of NCP chief Sharad Pawar which was attended by all major opposition parties including the Congress, TMC, CPIM, RJD, SP, and others.

She has earlier served as the governor of Rajasthan.

Margaret Alva was made Central Minister at the age of 42, which in those days was a rarity.

Alva was born in Mangalore in 1942, grew up in different parts of the former Madras Presidency, and imbibed the culture of the state, parts of which now belong to Andhra, Telangana, Tamil Nadu, Karnataka and Kerala.

Alva’s father belonged to the Indian Civil Service. She was married into the Alva family, from Mangalore in South Canara, which has a composite culture.

Alva was drawn into the political scene while staying with her in-laws, both parliamentarians. She was elected for four successive terms to the Rajya Sabha, and one term in the Lok Sabha.

After finishing his graduation in Physics, he pursued LLB from the University of Rajasthan. Despite being a first-generation professional, he became one of the leading lawyers in Rajasthan.

Dhankhar has practiced in both the Rajasthan High Court and the Supreme Court of India. He entered public life after getting elected as a Member of Parliament from Jhunjhunu in the 1989 Lok Sabha elections. Subsequently, he also served as a Minister of State for Parliamentary Affairs in 1990. In 1993, he was elected to the Rajasthan Assembly from the Kishangarh constituency in Ajmer district.

In July 2019, he was appointed as the Governor of West Bengal.

Nominations for the vice-presidential polls slated to be held on August 6, began on Tuesday.

The Election Commission made an announcement of the elections for the 16th vice president of India to take place on August 6, 2022.

The ECI has also issued directions for Lok Sabha Secretary General Utpal Kumar Singh to be the Returning Officer for the polls.

The nomination papers for the above election can be submitted starting Saturday up to July 19, 2022. The scrutiny for the nominations will take place on July 20 and the final list will be published on July 22.

As in the case of the election to the President of India, the eligible candidates will need to submit a few documents including a certified copy of the electoral roll with the name mentioned on it and an amount of Rs 15,000 at the time of submitting the nomination papers which shall be returned after the election process is over in case the candidate does not make it to the final list.

In case of the election of the Vice President of India, voting will happen in the Parliament and members of the Rajya Sabha will participate in this election as the vice president is also the de facto chairman of the upper house.

The poll for the upcoming vice president’s election is slated to take place between 10 AM and 5 PM on August 6, 2022, and the results are expected to be out on the same day.

In 2017, the NDA had nominated Venkaiah Naidu as its candidate for the vice-presidential election and he went on to become India’s 15th vice president. His term ends on August 10, 2022.

Yashwant Sinha is the candidate of the Opposition parties for the presidential election while Draupadi Murmu is National Democratic Alliance’s (NDA) presidential candidate.

The Presidential election will take place on July 18.