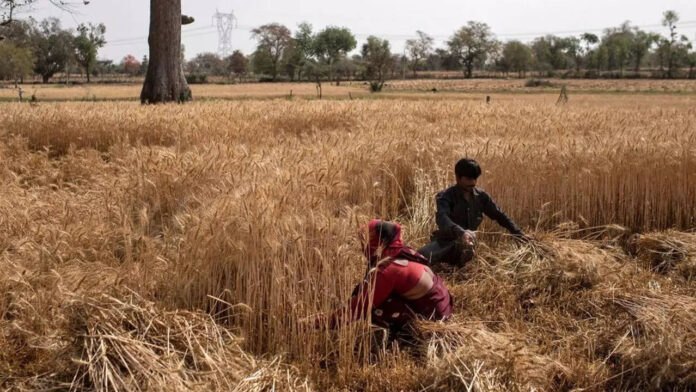 New Delhi [India]: Farmers have not suffered any losses due to the ban imposed on the export of wheat, Minister for Agriculture and Farmers Welfare Narendra Singh Tomar informed Lok Sabha on Tuesday.

This was in reply to a question about whether the government proposes to provide any assistance or compensation for the losses suffered by farmers due to the ban on the export.

“Export of wheat is done in bulk containerised cargo by exporters. Moreover, domestic prices of wheat are ruling above MSP (Minimum Support Price) even after ban on the export of wheat,” he said.

In May 2022, the Centre amended the export policy of wheat by putting its export under the “prohibited” category.

The government had then stated that the move was made with the purpose to manage the overall food security of the country as well as meeting the needs of the neighbouring and other vulnerable countries.

After a ban on exports of the grain, the Centre has recently put restrictions on the exports of wheat flour (atta) exports and other related products like maida, semolina (rava / sirgi), wholemeal atta and resultant atta from July 12.

It makes it mandatory for all exporters to seek prior permission from the inter-ministerial committee on export before undertaking any outbound shipment.

About whether the Government is aware of the news that Turkey reported about a particular type of virus in Indian wheat, the minister said: “Some newspapers reported that Indian wheat consignment was rejected due to Rubella virus. This virus is found in human beings and it is not associated with the grain or any other plant products.”

National Plant Protection Organisation (NPPO) of Turkey officially informed that the Indian consignment was rejected due to contamination of “Karnal Bunt” of wheat pathogen (Tilletiaindica), he said.

However, the wheat consignment was inspected as per standard operating procedures for the export of wheat and was found to be free from ‘Karnal Bunt’. The same consignment was sent to Israel, which was accepted by the Israeli government, he added.