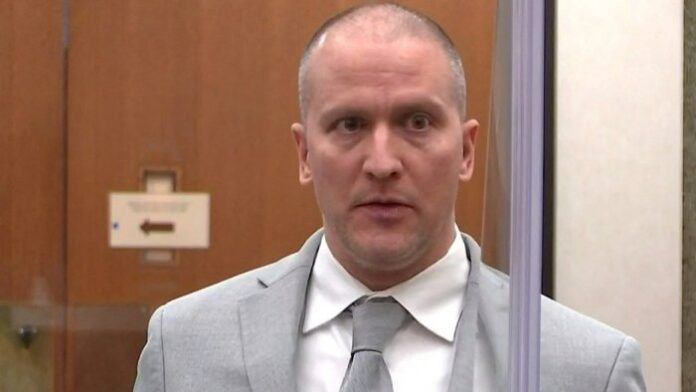 Washington [US]: Former US police officer Derek Chauvin, convicted of the murder of African American man George Floyd, was sentenced to more than 20 years in prison on Thursday on federal charges.

Chauvin is already serving a 22 sentence on state charges of murder and manslaughter over Floyd’s killing in May 2020, which led to nationwide protests in the US and elsewhere against police brutality and racism.

“The Justice Department announced today that former Minneapolis Police Officer Derek Chauvin, 46, was sentenced to serve 252 months in prison with credit for time served for depriving George Floyd Jr. and a then-14-year-old child of their constitutional rights,” the US Justice Department said in a statement on Thursday.

Chauvin pleaded guilty to wilfully depriving Floyd of his constitutional right to be free from the use of unreasonable force by a police officer, resulting in Floyd’s bodily injury and death.

Chauvin also pleaded guilty to wilfully depriving a then-14-year-old child of his constitutional right to be free from the use of unreasonable force by a police officer, resulting in the child’s bodily injury.

“Defendant Chauvin’s use of excessive force and his failure to provide medical care resulted in Floyd’s senseless murder. Chauvin’s unlawful actions in a separate incident also resulted in injury to a 14-year-old child. This sentence should send a strong message that the Justice Department stands ready to prosecute law enforcement officers who use deadly force without basis. While no amount of prison time can reverse the tragic consequences of Derek Chauvin’s violent actions, we hope that this sentence provides some small measure of justice for the families and communities impacted,” Clarke added.

“Derek Chauvin abandoned his sworn oath to uphold the sanctity of life when he callously took George Floyd’s life and when he violently assaulted a 14-year-old child,” said U.S. Attorney Andrew M. Luger for the District of Minnesota.

“Chauvin’s actions constituted a grave abuse of police authority and a clear violation of these individuals’ civil rights. To the victims, their families, and to the broader community: although the harm that Chauvin caused will never be erased, today’s sentence of more than 20 years in prison represents a measure of justice and accountability.”