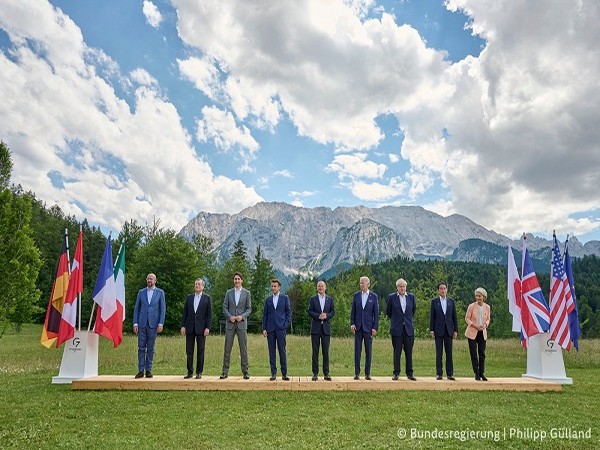 Schloss Elmau [Germany]: The Group of Seven (G7) nations on Tuesday committed USD 4.5 billion to protect the most vulnerable people from malnutrition and called on Russia to end its blockade of Ukraine’s Black Sea ports.

“We commit to an additional USD 4.5 billion to protect the most vulnerable from hunger and malnutrition, amounting to a total of over USD 14 billion as our joint commitment to global food security this year,” the G7 said in a statement.

“We reiterate our urgent call upon Russia to, without condition, end its blockade of Ukrainian Black Sea ports, destruction of key port and transport infrastructure, grain silos and terminals, illegal appropriation by Russia of agricultural commodities and equipment in Ukraine and all other activities that further impede Ukrainian food production and exports,” they added.

The G7 leaders announced that they are not planning to apply sanctions against imports of agricultural products, including from Russia, and humanitarian aid deliveries.

“We will continue to ensure that our sanctions packages are not targeting food and allow for the free flow of agricultural products, including from Russia, and the delivery of humanitarian assistance,” the leaders said.

The West accuses that Russia’s actions have driven up prices in countries like the UK and the ongoing blockade has placed 47 million people around the world on the brink of humanitarian disaster.

In addition to preventing grain from leaving Ukraine via the Black Sea – the route by which 96 per cent of Ukraine’s grain has historically been exported, Russian attacks are disrupting rail exports.

According to Western countries, not only is Russia preventing Ukraine from exporting its grain, but there is also increasing evidence that Russia is stealing grain from Ukraine, smuggling it over the border to sell and boost Putin’s war coffers.

Since the start of the Russia-Ukraine war, security experts say one of Moscow’s earliest strategic aims quickly became apparent as its armoured columns advanced along the coast in an effort to seize Ukraine’s coastline.

The seizure of ports would strangle Ukraine economically at a time when it most needs the funds to fend off Russia. After more than four months of the conflict, two of Ukraine’s five main commercial ports have been taken and both are in the northeast of the Black Sea.