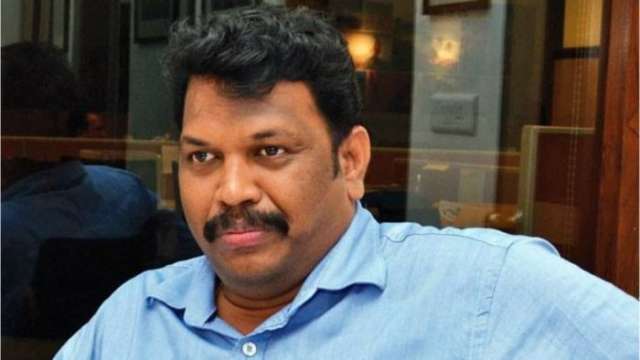 Panaji (Goa): Michael Lobo, who was removed by Congress as Goa Leader of Opposition for conspiring with BJP to engineer defection in the party, on Monday denied any “hobnobbing” with the ruling Bharatiya Janata Party and asserted that he is still with the grand old party and mere not attending a press conference cannot be a ground for disqualification.

Amid claims and counterclaims over the spilt in the Goa Congress, Michael Lobo said, “No, there is no hobnobbing (with BJP). I think somebody wants to become leader of the opposition and that’s why they are doing it.” “This (meeting with Mukul Wasnik) was not a CLP meeting. The senior Rajya Sabha member of Congress had come here to discuss the happenings in the state. I have told him that we are with the Congress party,” he added.
“Not attending a press conference cannot be a ground for disqualification,” said Michael Lobo.

He was removed by Congress as Goa LoP on Sunday on the accusation of conspiring with the BJP on the disqualification petition against him.

“Deputy CLP Sankalp Amonkar mentioned in the House that all 11 MLAs (of Congress) are there inside. But out of them, 7 attended our meeting yesterday & today. We’ve called a CLP meeting again this evening, Let’s see how many members come to that,” said Goa Congress chief Amit Patkar

“Congress has the responsibility to look after its MLAs. We’ve not asked anyone to come. As state president, no one is in touch with me. It’s their internal fighting. We have nothing to do with it,” said Goa BJP president Sadanand Shet Tanavade.

Congress on Sunday also sacked Michael Lobo as the Leader of Opposition in the Goa Assembly for alleged conspiracy to engineer defections.

Congress said that the BJP trying for a 2/3rd split and offered huge amounts of money to party legislators.

Earlier, Congress MLA Sankalp Amonkar said, “It’s a murder of democracy. BJP govt wants to finish opposition. They wanted 2/3 of our MLAs to merge with them but our MLAs didn’t let it happen. We have a meeting now to choose a new CLP leader. As of now, all 11 MLAs are in Congress.”

Congress alleged that Lobo along with Digambar Kamat hatched a conspiracy to engineer defections in “total coordination” with the BJP.

On Sunday, Congress MLA and wife of Michael Lobo, Delilah Lobo was seen leaving the residence of CM and BJP leader Pramod Sawant.

On being asked if Congress MLAs came to meet him, Goa CM Pramod Sawant said, “As CM, many people come to meet me. Tomorrow is Assembly, people came to meet me regarding that. I am busy with my Assembly work… Why will I comment on issues related to other parties?”