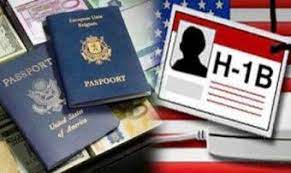 Washington [US]: The US immigration agency has announced that it received a sufficient number of applications needed to reach the Congressionally mandated H1-B visa cap for the fiscal year 2023.

“USCIS has received a sufficient number of petitions needed to reach the congressionally mandated 65,000 H-1B visa regular cap and the 20,000 H-1B visa U.S. advanced degree exemption, known as the master’s cap, for fiscal year (FY) 2023,” said United States Citizenship and Immigration Services (USCIS) said in a statement. “We have completed sending non-selection notifications to registrants’ online accounts. The status for registrations properly submitted for the FY 2023 H-1B numerical allocations, but that were not selected, will now show: Not Selected: Not selected – not eligible to file an H-1B cap petition based on this registration,” the statement added.

The US immigration agency said it will continue to accept and process petitions that are otherwise exempt from the cap.

“Petitions filed for current H-1B workers who have been counted previously against the cap, and who still retain their cap number, are exempt from the FY 2023 H-1B cap,” the statement said.

The H-1B visa, under the Immigration and Nationality Act, is a non-immigrant visa that allows US companies to employ foreign workers in speciality occupations that require theoretical or technical expertise.

A large percentage of H-1B visa holders and applicants hail from India.

India remains in constant touch with the US government for increased predictability in the visa regime and to minimize inconvenience to Indian nationals in the US for those proposing to travel to the US.

Both sides agree that people-to-people ties are a vital part of the partnership between India and the US.

US leadership have acknowledged on several occasions that Indian skilled professionals have contributed to the growth of the US economy and helped the US retain its competitive edge and innovation advantage.

Earlier in April, US Secretary of State Antony Blinken had highlighted the “deeper academic” ties between the United States and India.

Speaking at Howard University for India-US Education Collaboration, Blinken said that the partnership is absolutely crucial and pertinent for addressing the problems of the 21st century.

At least 200,000 Indian students are studying in US universities, he added.

“US-India strategic partnership, I’m convinced, is absolutely crucial, essential for addressing the problems of the 21st century and your work is at the heart of that relationship,” he said while interacting with students, and faculty during an event.