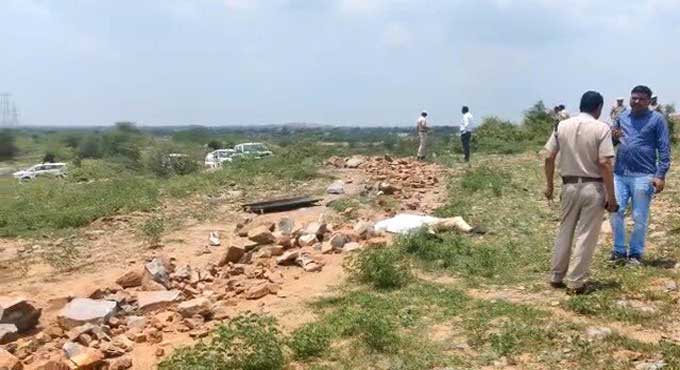 Nuh (Haryana): Haryana Police officer, Surendra Singh Bishnoi, who had gone to investigate a case of illegal mining in Nuh, died after being allegedly run over by a dumper driver.

Nuh Police official informed today in this case and said, “Tawadu (Mewat) DSP Surendra Singh Bishnoi, who had gone to investigate an instance of illegal mining in Nuh, died after being run over by a dumper driver. A search operation is underway to apprehend the accused. More details are awaited.” Haryana Police also tweeted about the same and wrote, “DSP Taoru Sh Surender Singh laid down his life today in the course of duty.

#HaryanaPolice extends its deepest condolences to the bereaved family of the brave officer. No effort shall be spared in bringing the offenders to face justice.”

The police officials are present on the spot and are trying to ascertain the exact cause of the incident.