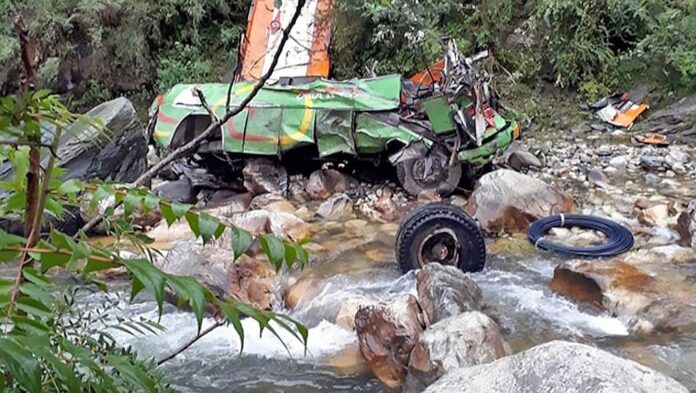 Kullu (Himachal Pradesh): At least 10 people, including school children, were killed and several injured after a private bus rolled off a cliff in Himachal Pradesh’s Kullu district on Monday morning, an official said.

The incident happened around 8 a.m at the Jangla area of Sainj valley on Neoli-Shansher road. Several school children were travelling on the bus.

Meanwhile, the injured are being shifted to local hospitals in Kullu.
Medical and rescue teams from Kullu have moved to the site of the mishap.