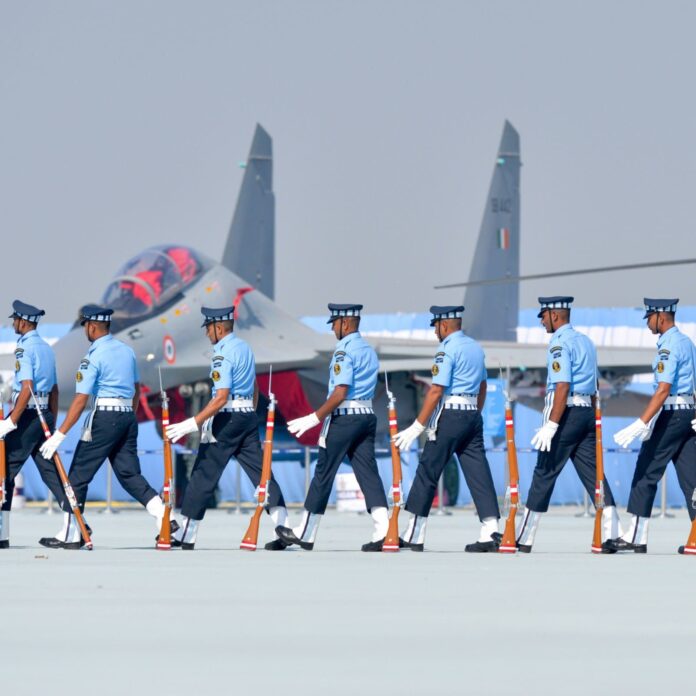 New Delhi [India]: Indian Air Force (IAF) has witnessed the highest number of applications for recruitment into the Force surpassing the previous best recruitment cycle numbers, after the completion of the registration process under the new Agnipath scheme on Tuesday.

“The online registration process conducted by #IAF towards #AgnipathRecruitmentScheme has been completed. Compared to 6,31,528 applications in the past, which was the highest in any recruitment cycle, this time 7,49,899 applications have been received,” IAF tweeted on Tuesday.

The number comes despite the protests in various parts of the country against the newly launched scheme. Notably, the protests had turned violent at some place demanding the rollback of the scheme.

However, Lt General Anil Puri, Additional Secy, Dept of Military Affairs, MoD clarified on June 19 that the programme will not be rolled back and said that it is the “only progressive step to make the country young”.

“Coming to the rollback of the scheme, no. Why should it be rolled back? It is the only progressive step to making the country young. Why is it being made young? We are tinkering with ‘Desk ki Raksha (national security). There is no space. I will give you an example. Do you know how many casualties are reported just for health purposes from high-altitude areas? Do read about it, then you would come to know why young is important,” the officer said.

He also urged the youth to “start preparing” instead of “wasting their time” by taking to the streets.

Speaking on the matter, Lt Gen Anil Puri, Additional Secretary Department of Military Affairs had said, “By going to the streets, they are only wasting their time, they should spend this time to get themselves physically ready. The worst issue is that today we are not what we were 10 years back.

Everything is interconnected. Why roger your future? It’s not worth it. I appeal to them to start preparing.”

The officer, while explaining the motive of the scheme, said that it was designed keeping the youth in mind.