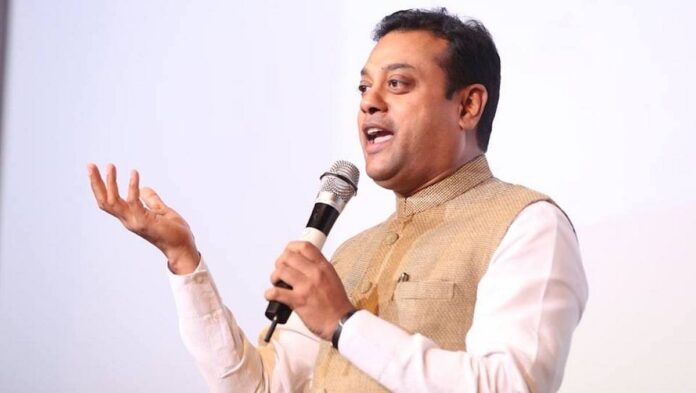 New Delhi [India]: Amid the ED investigating the National Herald case and sealing the Young Indian office, BJP spokesperson Sambit Patra on Thursday hit out at the Congress saying “law is same for all”.

Responding to Congress workers saying that they will hit the streets protesting against the ED, Sambit Patra said, “Law is same for all. If the Congress party is innocent, then what are they afraid of? All that the Congress workers want is how to save that one particular family.” “The ED had also issued summons to Mallikarjun Kharge. But he also didn’t turn up. Sambit Patra said that if Mallikarjun Kharge can come to the Congress office, then why did he not reach the National Herald,” he added.

“Neither you fight the system nor you run away from the system. The law is the same for all,” said Patra.

Patra said, “You know why Congress did not go to court in this matter? That is because they know that the court will say that everything is going according to the rules. They have done it all from beforehand.”

Stating that no one can run away from corruption, he said, “I ask Rahul Gandhi that if you were so clean, then why didn’t you tell in 2010 that you are the director of Young India? There will be no war and no one will run away from the corruption,” he added.

Congress MP Rahul Gandhi on Thursday termed the sealing of the Young Indian office at the Herald House building as an “intimidation attempt” by the ruling BJP and asserted that he is ‘not scared’ of Prime Minister Narendra Modi’s suppressive government.

Speaking to the reporters, Congress MP Rahul Gandhi said, “You are talking about National Herald, it’s an intimidation attempt. They think they will be able to silence us with a little pressure…We won’t be intimidated. We are not scared of Narendra Modi. They can do whatever they want…”

Enforcement Directorate (ED) on Wednesday sealed the Young Indian office at the Herald House building in the national capital.

ED sealed the Young Indian office at the Herald House building in Delhi as no one was available in the office during the search and thus they were not able to complete the search.

The order put outside the Young Indian office reads that the “premises not be opened without prior permission” from the agency. Earlier reports said that the Herald House office was sealed.

The probe agency took action a day after the Enforcement Directorate (ED) carried out raids at 12 locations in the national capital and at other places in connection with the National Herald case in which top Congress leaders are accused of violating norms.

“Delhi Police blocking the road to AICC Headquarters has become a norm rather than an exception! Why have they just done so is mysterious…,” Congress leader Jairam Ramesh said.