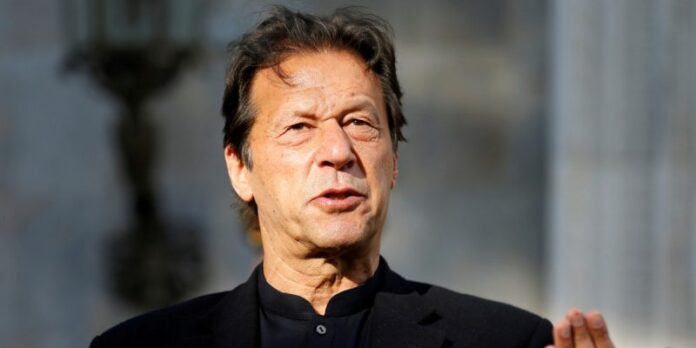 The PTI chief opined that timely elections would have saved the country from the economic crisis that it is facing today, reported The Express Tribune. The ousted prime minister claimed that there is only one way for Pakistan to come out of the prevailing situation and that is to ensure fresh general elections in the country.

He also took the Election Commission to task for its opposition to the electronic voting machines. Imran added that the EVMs could have stopped uncountable ways of corruption but it was opposed, reported The Express Tribune.

The former prime minister in his televised address to the nation said that the Pakistani masses “have turned into a nation”, adding that the way the PTI emerged successful despite all “tactics” by the ruling party was a miracle.

The PTI chief claimed that the country had the right economic indicators when he was in power and he had warned the “powerful quarters” about it, reported The Express Tribune.
“We were on a fast pace on the agricultural front with all four bumper crops witnessing progress,” he said, adding, “The way we tackled the situation during the COVID-19 pandemic was also admired by the international organisations.”

“Pakistan was on an upward trajectory and that’s when a conspiracy was hatched against us,” he recalled.

Earlier today, the former prime minister took to his official Twitter handle to thank the nation for coming out last evening in support of the Supreme Court’s decision, which he claimed upheld the “Constitution and the law”.

His announcement came after the devastating blow to the nascent Shehbaz Sharif-led ruling coalition, as the apex court struck down Punjab Assembly Deputy Speaker Dost Muhammad Mazari’s ruling on the election of Punjab chief minister, paving the way for PTI’s selected Chaudhry Pervaiz Elahi to ascend to the throne in the country’s political heartland – Punjab.

In the conclusion to a hearing that gripped the country for the past four days, a three-member bench, comprising Chief Justice Umar Ata Bandial, Justice Ijazul Ahsan and Justice Munib Akhtar, announced an unusually harsh verdict after over a three-hour delay.

“The governance of the province of Punjab in accordance with the Constitution has been subverted whereby the fundamental rights of the people have been seriously infringed,” said the top court in its 11-page short order.

“As a result, the ruling dated 22.07.2022 issued by Respondent No1, Deputy Speaker, the Punjab Assembly is set aside and declared to be void, without lawful authority and of no legal effect,” read the order.

By virtue of the order, PML-N’s Hamza Shahbaz lost his status of the “trustee” chief minister.