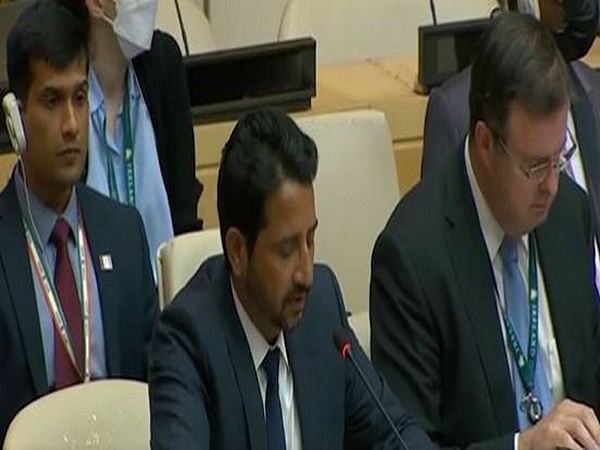 Rajesh Parihar, Indian Counsellor speaking on Arria-formula meeting on collective security said, “Regional and sub-regional organisations have demonstrated the important role in the maintenance of international peace and security with the deep knowledge of local factors, complexities. It is uniquely placed to contribute to finding better solutions to conflicts in respective regions.” He said that India supported engagement between the UN and regional, sub-regional organisations in line with the UN Charter.

Speaking about the nature of threats faced by member-states compared to when the UN has formed 75 years ago, he said, “Contemporary security challenges are not limited to territorial or political disputes, but transcend physical and political boundaries. In today’s globalised world terrorism, radicalisation, drug trafficking and organised crime have been growing.”

Parihar underscored that the security implications of new technologies cannot be disregarded.

He also out-layed the works done by regional and sub-regional organisations in the African Union.

“The African Union (AU) has been ably supported through preventive diplomacy and mediation efforts of the ECOWAS, ACAS, Southern African Development Community, SDSC and inter-governmental authorities IGAD, each of whom has been critical in advancing peace efforts in respective regions,” outlined Parihar.

He further called on to be cognisant of this reality and this spirit of burden sharing among regional organisations must continue to drive the agenda of peace and security.

“In today’s Africa, democratic values are driving efforts to effectively address the challenges of peace and security. This is clearly evident through AU’s increased role within the framework of Africa peace and security architecture and in the success of AMISOM in Somalia, experiences of AFISMA in Mali, ECOMOG in Liberia,” said Parihar.

“No one can know Africa better than Africans themselves. We have seen from history that offering external solutions to African problems without African involvement has not served the interest of African people. This approach needs to change,” said the Indian Counsellor.

The “Arria-formula meetings” are very informal, confidential gatherings that enable UNSC members to have a frank and private exchange of views, within a flexible procedural framework, with persons whom the inviting member or members of the Council (who also act as the facilitators or convenors) believe it would be beneficial to hear and/or to whom they may wish to convey a message.

They provide interested Council members with an opportunity to engage in a direct dialogue with high representatives of Governments and international organisations — often at the latter’s request — as well as non-State parties, on matters with which they are concerned and which fall within the purview of responsibility of the Security Council.

The process is named after Ambassador Diego Arria of Venezuela, who, as the representative of Venezuela on the Council (1992-1993), initiated the practice in 1992.