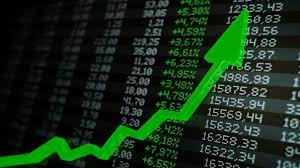 A less than expected decline in indices in the US after the country reported steeper consumer inflation in the month of June also buoyed stocks back in India, said analysts.

Among the Nifty 50 companies, 43 were in the green in early trade.

“Even though the keenly awaited US CPI inflation data for June came at 9.1% against an expectation of 8.8 per cent, US markets declined only moderately, by less than 1 per cent.

It is important to note that core inflation in the US is declining and, therefore, CPI inflation too will decline, going forward, since crude prices have corrected sharply,” said V K Vijayakumar, Chief Investment Strategist at Geojit Financial Services.

However, consistent depreciation in the value of the Indian rupee is a matter of concern.

“As we approach the near-term objective of 79.9, volatility may resurface, towards which end, the downside marker may be pushed higher towards 79.4. Dips to 79.58-50 may be an ideal entry point for longs,” said Anand James – Chief Market Strategist at Geojit Financial Services.

As crude prices fall below $100 per barrel, brokerage house Kotak Securities said crude oil may remain volatile and general bias is on the downside unless the market sees some risk sentiment improving significantly or improving China’s COVID situation.