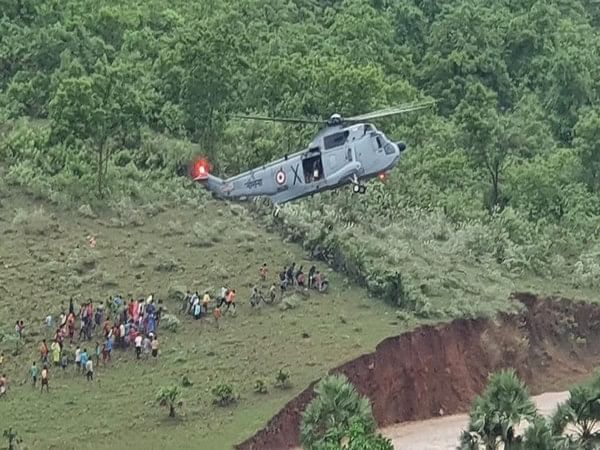 Earlier on Thursday, the Indian Navy launched two medium-lift UH3H helicopters from INS Dega at Visakhapatnam in response to a request from the Eluru district administration in Andhra Pradesh for rescue and relief operations due to massive flooding in the Godavari river.

Parts of Andhra Pradesh are hit by floods as water levels in the Godavari river are rising by the hour, threatening villages mostly in West Godavari and Konaseema districts.

Eluru District Collector V. Prasanna Venkatesh, who reviewed the flood situation at Velerupadu said that 16 habitations in Koida and Katukuru mandals were cut off completely since Wednesday night.

“We are planning to air-drop food, water, milk and medicines. About 1,200 tribal families are staying in the cut-off villages. Locals moved to safer places on the nearby hills,” the collector said.

UP: Illegal Construction Of Man Who Misbehaved With Woman Demolished