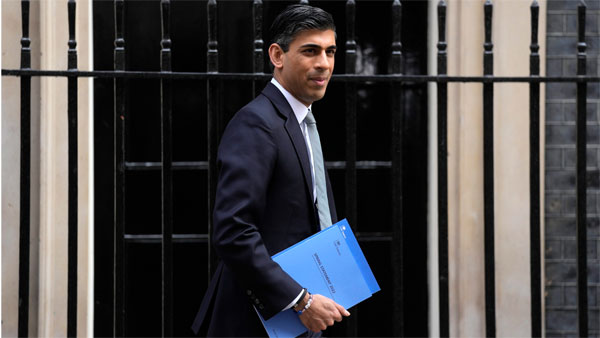 “I’m standing to be the next leader of the Conservative Party and your Prime Minister,” he tweeted, adding that it is about time to rebuild the economy and reunite the country.

This comes after British Prime Minister, Boris Johnson stepped down from the chair on Thursday following the mass resignation of his Cabinet members over the recent scandal involving former deputy chief whip Christopher Pincher.

Out of more than 50 government officials who resigned, Chancellor of the Exchequer Rishi Sunak who is a Member of Parliament for Richmond (Yorks) and UK Health Secretary Sajid Javid were the first and foremost to leave Boris Johnson’s side.

In a further statement, Sunak said, “Someone has to grip the moment and make the right decisions. That’s why I am standing to be the next leader of the conservative party and your Prime Minister.”

I want to lead this country in the right direction, he added, claiming his values as ‘non-negotiable’.

The British Foreign Secretary Liz Truss has also cut short her trip to a G20 meeting in Indonesia to return to London as she is widely seen as one of the potential contenders for the leader of the Conservative Party.

However, Johnson could continue to remain in office until October when the Conservative party meets for its annual conference so that his replacement is found.

Conventionally, when a Conservative leader resigns, they give the party time to hold a thorough leadership contest.