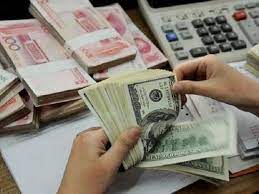 According to the RBI’s data, India’s foreign currency assets, which are the biggest component of the forex reserves, declined by $4.47 billion to $524.745 billion during the latest week.

Further, gold reserves fell by $504 million to $40.422 billion, special drawing rights fell by $77 million to $18.133 billion, while the country’s reserve position with the International Monetary Fund rose by $44 million to $5.01 billion.

The country’s forex reserves had dropped for four out of fifth straight weeks, on account of RBI’s likely intervention in the market to defend the depreciating rupee, which is persistently at an all-time low.

Typically, the RBI intervenes in the market through liquidity management, including through the selling of dollars, with a view to preventing a steep depreciation in the rupee.