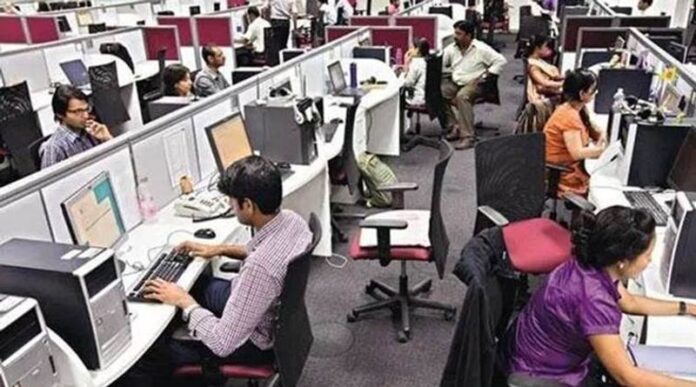 New Delhi [India]: India’s services sector has witnessed a broad-based recovery in sales revenues in both nominal and real terms during the January-March 2022 quarter, the Ministry of Finance said in its latest Monthly Economic Review report.

The Information technology (IT) companies maintained strong growth while non-IT service companies continued to recover from the slump caused by the lockdown.

A broad-based recovery in service activity continued in the first quarter of 2022-23, which can be attributed to improvements in demand following the retreat of pandemic restrictions, capacity expansion, and a favourable economic environment.

“Hotels and tourism, trading, shipping transport services, information technology or software and films exhibition all witnessed a growth of over 20 per cent,” the report said, adding that road, railway, shipping transport, and media content, however, experienced negative growth in real terms.

On the other hand, the report raised concern about India’s rising current account deficit.

India’s current account deficit, meaning a shortfall between the imports and exports, will deteriorate in 2022-23 on account of costlier imports and tepid exports, if recession concerns do not lead to a sustained and meaningful reduction in the prices of food and energy commodities.

A sudden and sharp surge in gold imports amid wedding season, as many weddings were postponed to 2022 from 2021 due to pandemic-induced restrictions, is also now exerting pressure on the trade deficit, it said.

The country’s trade deficit widened to $45.18 billion in April-June 2022 period as compared to $5.61 billion recorded in the corresponding period of last year.

In order to alleviate the impact, the government recently hiked the customs duty on gold from the present 10.75 per cent to 15.0 per cent.

The widening of the current account deficit has depreciated the Indian rupee against the US dollar by 6 per cent since January of 2022 and is on the brink of touching the 80 mark.

A depreciation in the rupee typically makes imported items costlier, which is already reflected in the country’s foreign exchange reserves data. India’s forex reserves during the six months in 2022 have declined by $34 billion.