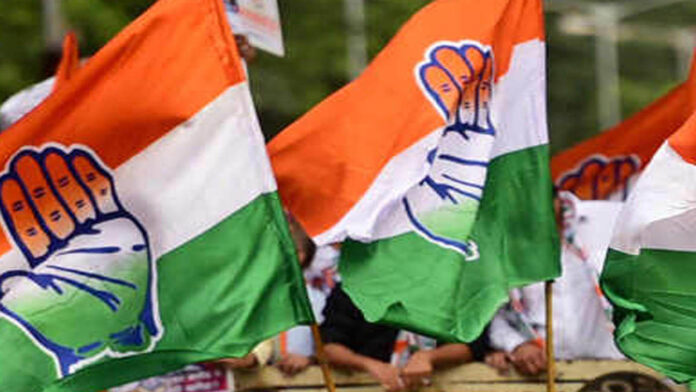 Davanagere (Karnataka): Squabbling in the Congress’ Karnataka unit continued between leaders loyal to state president D K Shivakumar and former chief minister Siddaramaiah over who should be the chief minister if the party wins power in next year’s Assembly elections, with the former urging party members to ‘first work to bring the party to power.’

Reacting to Karnataka Congress MLA Zameer Ahmad’s statement that Siddarmaiah should be the chief ministerial candidate for the state, KPCC president DK Shivakumar on Saturday said that everyone should work to bring the party to power instead of worshipping any individual.

Karnataka Congress MLA and a close follower of Siddaramaiah hit back at Congress President DK Shivakumar and said, “It is my opinion to say Siddaramaiah should be the next Chief Minister.”

The fight for the Chief Minister’s post in the Congress is getting stronger day by day in Karnataka with the Karnataka Legislative Assembly election approaching ahead.

The war of words is getting louder as the ‘Siddaramaiah-75 Amrut Mahotsava’ approaches marking ‘Siddaramaiah’s 75th birthday.

Speaking in Davangere, he said, “If our KPCC president gets angry, what can I do? I said my opinion. Our party’s high command party, respected Sonia Gandhi ji and Rahul Gandhi ji will decide who will be the Chief Minister. My personal opinion is that Siddaramaiah should be the next Chief Minister.”

He retorted by saying that he has the freedom to express his opinions in the constitution.

“It is not wrong to express my opinion. I respect the party president as well, he added.
Congress leaders and supporters of Siddaramaiah will organise the Siddaramaiah-75 Amrut Mahotsava in Davangere on August 3 and held a press conference in Davangere to inform about it.

Upon being asked by Zameer Ahmad about what DK Shivakumar had said, Ahmad said, “DK Shivakumar was the first to make a statement about the next Chief Minister in the Congress. Everyone wants to be the chief minister.”

“Siddaramaiah is a senior leader who has spent more than 50 years in politics and has never celebrated his birthday. His followers have been demanding for him to celebrate his 75th birthday, and so we are celebrating it,” he said.

On Friday, Zameer picked holes in Shivakumar’s attempt to consolidate the Vokkaligas. “You can’t become the chief minister with the support of just one community,” Zameer said.

“Even I want to be the CM and there are more Muslims than Vokkaligas. Can I become the CM with just the Muslim votes? No. We need all communities,” he said.

Ahmad, a Siddaramaiah loyalist, later said that the people of the state wanted Siddaramaiah to be the next chief minister.

Reacting to this, Shivakumar said, “I will speak of only those who are of my level. Everyone should keep their mouth shut and work to bring the party to power.”