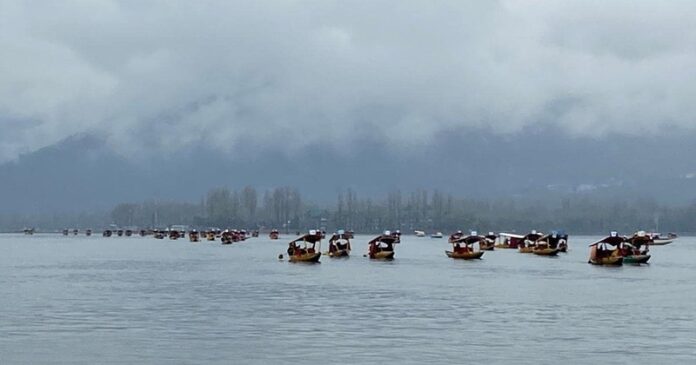 The rally was flagged off by the Lieutenant Governor of the Union Territory, Manoj Sinha under the ‘Har Ghar Tiranga’ campaign called by Prime Minister Narendra Modi under the aegis of Azadi Ka Amrit Mahotsav.

As India celebrates its 75th year of Independence this year, Azadi Ka Amrit Mahotsav has brought a wave of celebration to the country.

‘Har Ghar Tiranga’ is the campaign launched by the Government of India to encourage every citizen of our great nation to bring home the tricolour and hoist it with pride.

The ‘Har Ghar Tiranga’ campaign’ under the aegis of Azadi ka Amrit Mohatsav is a big hit in Jammu and Kashmir with a large number of people joining the celebrations to mark the 75 years of India’s Independence.

Various activities are being conducted by different departments and schools across the Kashmir Valley as part of this initiative.

Women and young girls in the Baramulla district of North Kashmir are contributing to this initiative.

Women from self-help groups established by the Indian Army in far-flung villages of Trikanjan and Bernate in Boniyar Tehsil close to the Line of Control (LoC) have volunteered to stitch Tiranga for the houses of these inaccessible villages. This effort by women of Kashmir will facilitate in providing Tiranga to every household.

Earlier on August 5, J-K LG Sinha flagged off ‘The Great India Run’ from the iconic Lal Chowk Srinagar, where the marathoners were supposed to cover a distance of more than 800 kilometres from Srinagar to New Delhi with the message of peace and national integration.

Prime Minister Narendra Modi on Wednesday said the Indian national flag does not contain only three colours in itself but is a reflection of the pride of our past, our commitment to the present and our dreams of the future.

Addressing a Tiranga Rally in Surat via video conferencing, PM Modi recalled that in a few days’ time, India is completing 75 years of its independence and said that all of us are preparing for this historic Independence Day as the Tricolour is hoisted in every corner of the country.

The Prime Minister expressed happiness that the Tiranga Yatras being held across the country are a reflection of the power and devotion of the Har Ghar Tiranga Abhiyan.

“From August 13 to 15, the Tricolour will be hoisted in every house of India. People from every section of the society, every caste and creed are spontaneously joining with only one identity. This is the identity of the conscientious citizen of India,” he said.