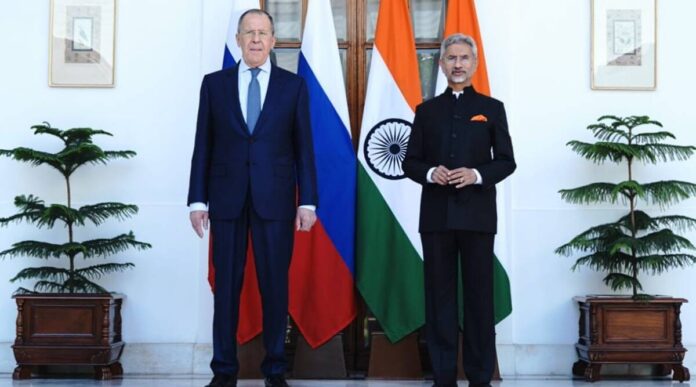 Also exchanged views on contemporary regional and international issues including the Ukraine conflict and Afghanistan.”

The agenda for the G20 Foreign Ministers’ Meet is to be dominated by the war in Ukraine. Notably, since the war began in Ukraine, India has been calling for diplomacy and dialogue to address the ongoing conflict.

The External Affairs Minister also met with his French counterpart Catherine Colonna. Both the leaders discussed the contemporary challenges the world is posed with.

Jaishankar in a tweet wrote, “My first meeting with new French counterpart Catherine Colonna. Discussed our strong relationship and will work closely to realise its full possibilities. Also spoke about the challenges confronting the world today.”

During the G20 Foreign Ministers’ meeting, the participating Foreign ministers are slated to hold talks on issues of contemporary relevance, such as strengthening multilateralism and current global challenges including food and energy security, said the Indian Ministry of External Affairs ahead of the meeting.

As a G20 troika member and as the incoming G20 Presidency, India’s role in the Foreign Ministers’ meet assumes even greater importance, the official statement read.

Ahead of the summit, on June 7, Jaishankar held a series of bilateral meetings with his counterparts from G20 countries and others.

Jaishankar also met FM Retno Marsudi of Indonesia and appreciated the excellent arrangements for the G20 Foreign Ministers’ Meeting in Bali. He said that India supports the Indonesian G20 Presidency this year and will do utmost to ensure its success.