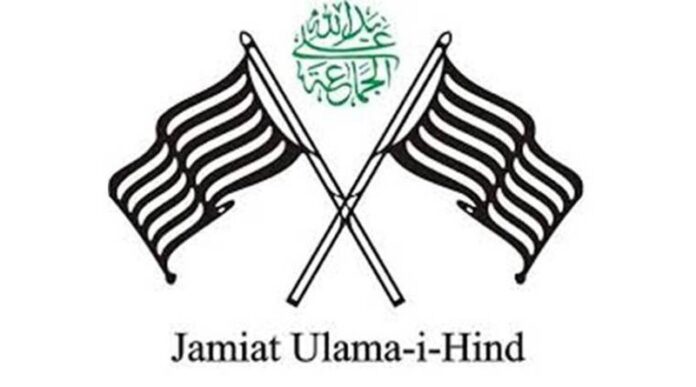 New Delhi [India]: Jamiat Ulama-i-Hind on Tuesday condemned the Udaipur killing incident and called it against Islam and the law of the land.

“Maulana Halceemuddin Qasmi, General Secretary of the Jamiat Ulama-i-Hind, has condemned the incident of brutal killing in Udaipur apparently on the pretext of the insult to the Prophet (PBUH) and called it against the law of land and against the religion of Islam,” reads the Jamiat Ulama-i-Hind statement. “Has said whoever has perpetrated this incident cannot be justified in any way, it is against the law of the land and our religion. In our country, there is a system of law, no one has the right to take the law into his own hands. Maulana Hakeemuddin Qasmi appealed to all the citizens of the country to restrain their emotions and maintain peace in the country,” it added.

After the horrific murder of a tailor in Udaipur sparked outrage in the entire state, the Rajasthan government on Tuesday announced the imposition of section 144 of CrPC in all the districts for the next one month.

Udaipur Divisional Commissioner Rajendra Bhatt appealed to the people to maintain peace.
“We appeal to the people of Udaipur to maintain peace. The (victim Kanhaiya Lal’s) dependents have been assured of recruitment through placement service in UIT, and the family will be given compensation of Rs 5 lakhs,” said Bhatt. Police are on high alert in every district of Rajasthan.

“In view of the prevailing situation, Section 144 has been imposed in the entire district as well as the state. Shanti March has been cancelled by the organizers. We appeal to the people to maintain peace. Leaves of police personnel have been cancelled and they have been asked to report back. They are being deployed in law and order duty. We will ensure peace is maintained and take strict action against those attempting to disrupt it,” Ajmer SP Vikas Sharma said.

As per government sources, the NIA team is likely to file a case under provisions of the Unlawful Activities (Prevention) Act after visiting the crime spot.

The incident took place in Udaipur’s Maldas area. Soon after committing the crime, the two accused posted a video on social media boasting about the beheading and threatened Prime Minister Narendra Modi’s life as well, police said. The two accused were arrested within hours of the incident.

One of the assailants, who was identified as Riyaz Akhtar, attacked Kanhaiya Lal with a sharp-edged weapon while the other, Ghos Mohammad, recorded the crime on his mobile phone, police said.

The victim, a tailor, reportedly had recently shared a social media post in support of
Nupur Sharma– former BJP spokesperson who had made controversial remarks against Prophet Mohammad. Following the murder, local markets in the area were shut as the traders demanded justice for the victim.

“Both the accused have been detained and the law and order situation is under control. Some people were attempting to come out of the bylanes but were controlled. Curfew imposed in the nearby areas,” Manoj Kumar, SP, Udaipur said.

A statewide alert has also been issued to all Superintendents of Police and Inspector Generals to increase the mobility of forces and to maintain officers on the ground.