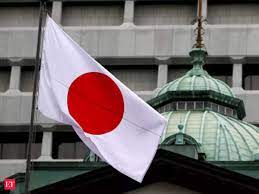 The government is currently engaged in consultations with Japanese companies Mitsui and Mitsubishi, participating in the project, according to the report.

Russian President Vladimir Putin signed a decree in early July that allows Russia to create a new project operator that will take charge of Sakhalin-2 from Sakhalin Energy Investment Co. Russia’s Gazprom will keep a majority stake of 50% plus one share.

Shell has already promised to sell its 27.5% stake, while Mitsui and Mitsubishi reportedly plan to hold on to their 12.5% and 10% stakes respectively.

The Sakhalin-2 project is exploring two reserves — Piltun-Astokhskoye (mainly oil) and Lunskoye (mainly gas) — in the northeast of the Sakhalin shelf in the Okhotsk Sea.

The infrastructure includes three offshore platforms, an integrated onshore processing facility, an oil shipping terminal and an LNG plant with a capacity of 9.6 million tonnes per year. The project gives Japan 10% of its total LNG imports.