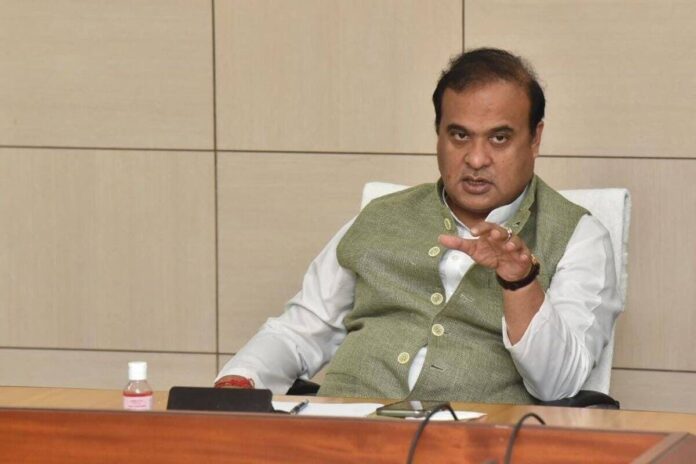 Guwahati (Assam): BJP has hit back at the “baseless” allegations by Congress that Assam Chief Minister Himanta Biswa Sarma was attempting to topple the JMM-Congress coalition government in Jharkhand.

Jharkhand Congress MLA Kumar Jaimangal had written a letter alleging that three of his colleagues arrested in West Bengal recently had asked him to meet Assam chief minister in Guwahati and he would be given a ministerial berth and huge cash to bring down the JMM-Congress government.

Sarma tweeted that an FIR filed by the Congress MLA was akin to the Congress asking Ottavio Quattrocchi to file a case against Bofors.

Sarma retweeted Pijush Hazarika post in which the BJP MLA said: “5 days before filing the fabricated FIR, Hon’ble CM [email protected] sir took him to the Residence of the Hon’ble Union Coal Minister Shri @JoshiPralhad ji at 9 am of 26th July, 2022 in order to help him in his trade union related matter,” added in another tweet.

Hazarika said that Kumar Jaimangal should “face the law for making a fraudulent allegation” against Himanta Biswa Sarma.

“Mr. @KumarJaimangal has been regularly meeting HCM [email protected] sir. He should face the law for making a fraudulent allegation against Hon’ble Chief Minister of Assam and against those tribal MLAs,” tweeted the Assam MLA.

Jharkhand Congress MLA from Bermo, Kumar Jaimangal on Sunday alleged that BJP is trying to topple the JMM-Cong coalition government in Jharkhand and claimed that Assam chief minister Himanta Biswa Sarma has a major role to play in it.

Jaimangal wrote a letter of complaint against three Congress MLAs nabbed in West Bengal’s Howrah with a huge amount of cash.

He alleged that the trio had called him to Kolkata to take him to Guwahati and meet Assam CM Himanta Biswa Sarma in Guwahati along with them where he would have been promised a ministerial berth and cash worth crores after bringing down the JMM-Congress government in the tribal-dominated state.

His letter stated, that Assam CM ‘is doing it with the blessings of top shots of BJP political party sitting in Delhi.’The Bermo legislator said he was asked by the arrested Congress MLAs to come to Kolkata and leave for Guwahati together.

Besides Rs 10 crore for each MLA, Jamtara legislator Irfan Ansari told him that he had been promised the health minister’s post in the new government of the BJP.

Following this, a zero FIR was lodged by the Jharkhand police.

Three Congress MLAs from Jharkhand were detained in West Bengal’s Howrah district on Saturday evening after a huge amount of cash was found in their vehicle, police said.

The SUV in which MLAs Irfan Ansari, Rajesh Kachchap and Naman Bixal Kongari were travelling was intercepted on National Highway-16 at Ranihati in the Panchla police station area.

The relatives of Congress MLA Irfan Ansari rebutted allegations that BJP is trying to destabilise the JMM-Cong coalition government in Jharkhand, making the surprising statement, “the government cannot be brought down with just a meagre sum of Rs 40-50 lakh.

“The Congress party on Sunday suspended three MLAs, who were held with a huge amount of cash in West Bengal on Saturday, with immediate effect.

General secretary and party in-charge of Jharkhand Congress, Avinash Pande said, “The three MLAs, who were held with a mountain of cash yesterday, have been suspended from the party with immediate effect.”Congress alleged that BJP attempted to destabilise the state government following the seizure of cash from three MLAs, BJP slammed the Congress for their allegations.

BJP spokesperson Pratul Shahdeo said “Whenever Congress or leaders from the Jharkhand government land up in any difficulty they immediately start using the word ‘destabilisation’ like Pakistan’s government use Kashmir word. But they cannot escape by blaming BJP.”

Notably, JMM (Jharkhand Mukti Morcha)-Congress alliance is in power in Jharkhand and BJP is in Opposition.