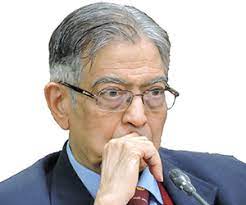 Delhi Chief Minister Arvind Kejriwal, a number of judges of Delhi High Court, Chief Secretary of Delhi among others were present on the occasion.

He previously served in the Madhya Pradesh High Court, where he was appointed an additional judge on 18 January 2008 and a permanent judge on 15 January 2010.

Justice Sharma is an avid reader and is also known for his contributions to various Universities.

He is associated with National Law universities. He is also on the Advisory Board of National Law Institute University Bhopal and has published numerous research articles and papers.

After the retirement of Justice DN Patel as the Chief Justice of the Delhi High Court, the post fell vacant.

The decision was taken by the Collegium headed by Chief Justice of India NV Ramana.