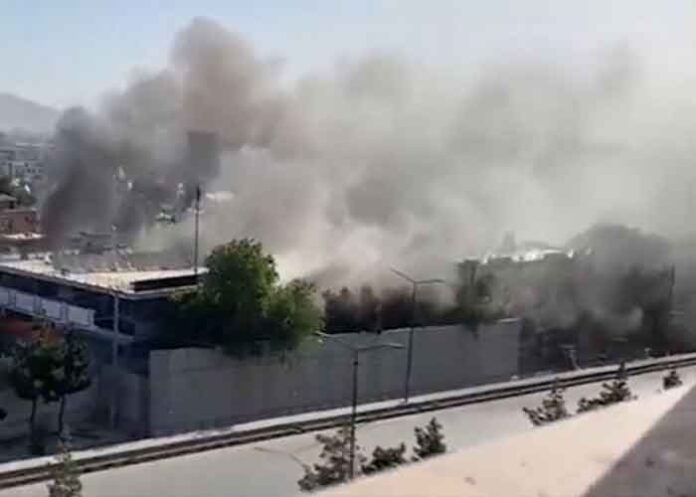 Sangrur (Punjab): Hours after explosions and gunfire were reported from a Gurudwara in Afghanistan’s capital Kabul that claimed two lives on Saturday morning, Punjab Chief Minister Bhagwant Mann urged the Central government to summon the Afghan ambassador and ensure the safety of Sikhs in the region.

“Very condemnable! This isn’t the first such incident. Attacks on minorities happen every three to four months. I urge MEA and PM to summon Afghan Ambassador and give a strong message that the Government of India stands strongly for the protection of minorities,” Punjab CM Mann said.

Chief minister Mann also requested the Centre to take up the matter with the Afghanistan government and evacuate all the Sikhs trapped in Kabul’s Gurudwara due to explosions.

At least two civilians, including a Sikh man and a Muslim security guard, died after unidentified assailants attacked a Gurudwara in Afghanistan’s Kabul city on Saturday.

Initial inputs suggested that an explosion took place outside the gate of the Gurdwara early this morning killing at least two people.

Another explosion was later heard from inside the complex and some shops attached to the gurdwara caught fire. No group has claimed responsibility so far.

Meanwhile, several states in India have been witnessing violent protests by Army aspirants against the Centre’s Agnipath recruitment scheme. The demonstrators demanded its immediate rollback.

Apart from agitators, opposition parties also asked the Centre to revoke the Agnipath scheme in the interest of the youth of the country.

Mann also said that he will write to PM Modi and ask him to roll back the Agnipath recruitment scheme for the Army aspirants.

“There’s anger among youth. I’ll also write to Prime Minister, asking him to roll back this decision. Those who want to work for the country with passion should be given the chance to serve the nation and be given a pension later,” Punjab CM Mann said.