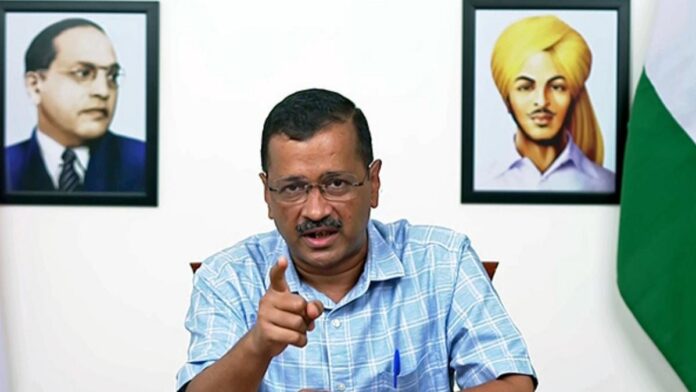 The said program of Tree Plantation corresponding with the ‘Van Mahotsav’, was to be undertaken jointly by the Lieutenant Governor and Chief Minister.

A mutual decision in this regard had been taken on July 4, 2022. A total of 1,00,000 trees are planted as a part of the program, and the Lieutenant Governor and Chief Minister were to launch the same together today.

“One is left to wonder if recommending a CBI inquiry into an apparently illegal Excise Policy is taking the focus of the CM away from Delhi’s environmental concerns,” said LG sources.

Meanwhile, the Delhi government sources have claimed that because the government programme was turned into a political BJP programme the Chief Minister and other ministers decided not to attend the event after Delhi Police forcefully took over the stage of Van Mohatsav before the programme.

“Delhi Police forcefully took over the stage of Van Mohatsav before the programme. It is a Delhi government event, CM and LG were to attend jointly. Posters showcasing Prime Minister Narendra Modi were put and the government programme is turned into a political BJP programme. This is the reason Delhi CM and ministers decided not to attend the event,” said Delhi government sources.

Aam Aadmi Party sources alleged that the LG had “skipped” a similar meeting on July 8.

Responding to the claims by the party, the LG office sources said that Saxena had not “skipped” the meeting on the said date, rather he was in Jaipur to attend the Northern Zonal Council Meeting.

This comes amid simmering tensions between the Delhi Chief Minister and the LG over some issues including the delay in holding MCD elections arrest of Delhi Minister Satyendar Jain in connection with 4.8 money laundering case.

Recently, after the Delhi Lieutenant Governor denied permission for Kejriwal’s Singapore visit to attend the World Cities Summit, the AAP convener said he differs with the LG’s advice and would go ahead with the visit.

The LG office said that Sisodia also extended “undue financial favours” to the liquor licensees much after the tenders had been awarded and thus caused huge losses to the exchequer.

Sisodia’s role is under the scanner for alleged deliberate and gross procedural lapses which provided undue benefits to the tender process for liquor licensees for the year 2021-22, officials in the Lieutenant-Governor’s office said.

The excise policy was passed by Chief Minister Arvind Kejriwal-led Delhi Cabinet in the middle of the deadly Delta wave of Covid pandemic in 2021.

However, the Delhi CM dismissed the allegations and said that the Centre “cannot” see AAP rising to the national level and thus is “resorting to such measures”.