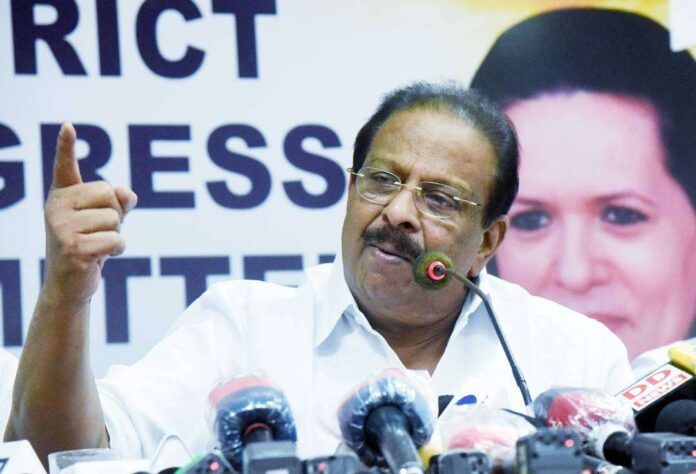 Congress leader Rahul Gandhi’s office in Kainatty near Kalpetta in Wayanad was vandalized on Friday allegedly by the Students Federation of India (SFI) activists.

“The attack on Rahul Gandhi’s office is heinous. This is a dirty job that not even the kids in the market do. We are not surprised that all this is happening in our country. We have seen, heard, experienced and survived a lot of things like this,” KPCC chief Sudhakaran told media persons.

Appreciating the Kerala CM for condemning the attack, the KPCC president said, “It is good that the CM has condemned this. This is the first time he has said so. The CM should take action against the police officers who allowed the SFI workers to vandalise the office. Congress will not back down with such activities.”

“Congress has the capacity and strength to smash any office of the CPIM. We do not think that way because it is not a step towards democracy. We have the capacity to do that. If they play too much, we will play too. Then we are not responsible for whatever happens,” the KPCC chief added.

Congress MP for Thiruvananthapuram, Shashi Tharoor shared a video of the vandalised office. He tweeted, “Visuals of the trashing of @RahulGandhi’s Wayanad office by activists of @CPIMKerala student wing, SFI. Would @pinarayivijayan & @SitaramYechury take disciplinary action or let their silence condone such behaviour? Is this their idea of politics?”

A protest march of the SFI, the students’ wing of ruling CPI(M), against Congress MP Rahul Gandhi turned violent as a group of protestors allegedly entered the Lok Sabha member’s office and vandalised it.

The student organisation was protesting against the creation of buffer zones around forests in the hilly areas of Kerala.

According to SC, wildlife sanctuaries and national parks should have a one-km buffer zone around them. This will affect the people of Rahul Gandhi’s constituency in the Wayanad and Malappuram districts.

Following the incident, Kerala CM condemned the attack and said that strong action would be taken against the accused.

“There is freedom for democratic protests and expressing an opinion in our land. But going in the direction of attacks is the wrong tendency. The government will take strong action against the accused,” Vijayan said.

Meanwhile, Congress marched at night in Kochi and blocked MG road which created tension between passengers with the protestors. The agitators also poured black oil into the graffiti of SFI on the wall during the protest.