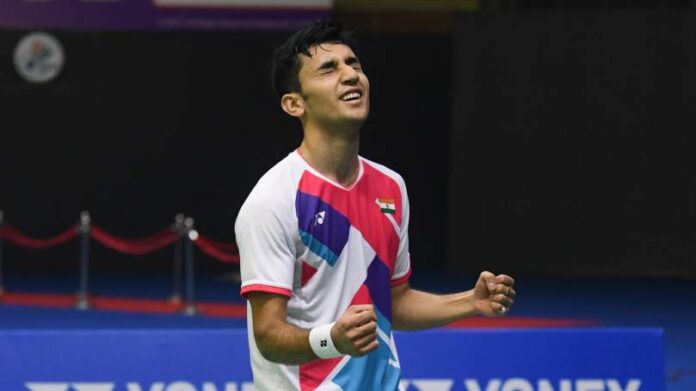 Birmingham [UK]: With Commonwealth Games 2022, just around the corner, Indian shuttler Lakshya Sen said that he is looking forward to being a part of his first senior multi-sporting event.

The Indian badminton contingent arrived at Birmingham on Monday for the upcoming Commonwealth Games.

“I feel excited to be a part of the Commonwealth Games 2022. I have seen in the past how these games are and how important they are for India. I am really looking forward to playing my first game. My practice session over here went good, so, I am really confident,” Lakshya Sen said.

About facing their own teammates in the singles event, Lakshya Sen said, “We are first focussing on team events as of now and later on the individuals, we might face each other in the semi-finals or finals.”

Recently, the Indian men’s badminton team also clinched the historical Thomas Cup, which was a team event. Lakshya said his past performances would be putting a lot of pressure on him but he is focused on the current event.

“I think the team event would be a little challenging over here after a point because the first few matches will be easier but there are certain teams which we have to keep in mind and go together as a team to win the tournament,” said Lakshya.

“There will definitely be a lot of pressure from past performances but this tournament will be a new experience for me. I also want to make many memories here, a sit is my first senior multi-sporting event, so I also want to watch other sports if I get time,” he added.

In CWG 2022, the Indian badminton contingent is being led by two-time Olympics medallist PV Sindhu, who recently won the Singapore Open after defeating Chinese Zhi Yi Wang in the summit clash. Apart from her, the Indian women’s team consists of Aakarshi Kashyap, Treesa Jolly, Gayatri P and Ashwini Ponappa.

On the other hand, the Indian me’s badminton team features Kidambi Srikanth, Lakshya Sen, B Sumeeth Reddy and the star doubles pair of Chirag Shetty and Satwiksairaj Rankireddy.

Team India clinched a total of six medals in CWG 2018, which was held in Australia.

Out of which, two were gold, three were silver, and one was bronze. Sindhu had grabbed the silver medal after losing to her compatriot Saina Nehwal in the finals.

The Birmingham Commonwealth Games 2022 is being held from July 28 to August 8.