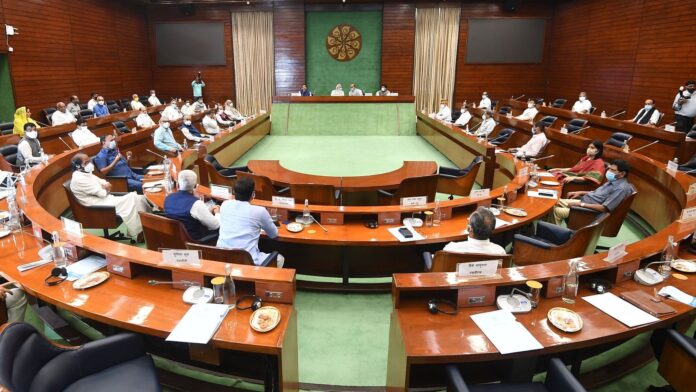 New Delhi [India]: Lok Sabha Speaker Om Birla chaired a meeting of leaders of political parties on Saturday to discuss the smooth functioning of the House in the monsoon session of Parliament.

The Speaker briefed the leaders on the preparations related to the session which begins on July 18.

The central government will seek to push several legislations during the monsoon session and its legislative agenda includes 24 bills for passage, sources said.

The first day of the monsoon session will see voting for the presidential election.

Some of the bills that are in the pending list include The Indian Antarctica Bill, 2022. The bill is pending in the Lok Sabha.

The Inter-State River Water Disputes (Amendment) Bill, 2019, was passed by Lok Sabha and in the upcoming session, it is likely to be taken up in the Rajya Sabha.

The Weapons of Mass Destruction and their Delivery Systems (Prohibition of Unlawful Activities) Amendment Bill, 2022 was passed by Lok Sabha and is yet to be passed by Rajya Sabha.

The Constitution (Scheduled Castes and Scheduled Tribes) Orders (Second Amendment) Bill, 2022 (in respect of State of UP – amendment regarding change of district name to be approved by Cabinet) was introduced in Lok Sabha in March 2022.

The new bills to be newly introduced in the Parliament during the Monsoon session include The Central Universities Amendment Bill, 2022.