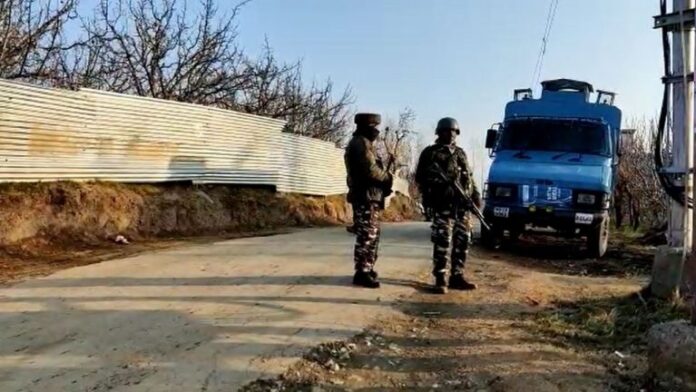 Bandipora (Jammu and Kashmir): A migrant labourer was shot dead in Jammu and Kashmir’s Bandipora district last night. According to his brother, he saw Mohd Amrez, the deceased, lying in a “pool of blood” at midnight.

He was brought to Hajin and later referred, however, he died. The police said that the incident took place at Soadnara Sumbal when terrorists fired upon Amrez who hailed from Bihar’s Madhepura, following which he was shifted to the hospital where he died.

Talking about the incident, the deceased’s brother said, “Around 12.20 am, my brother woke me up and said that a firing has started. He (deceased) wasn’t around, we thought he went to the toilet. We went to check, saw him lying in a pool of blood and we contacted security personnel. He was brought to Hajin and later referred but he died.”

The Kashmir Zone Police, earlier this morning informed about the firing which led to the labourer’s death.