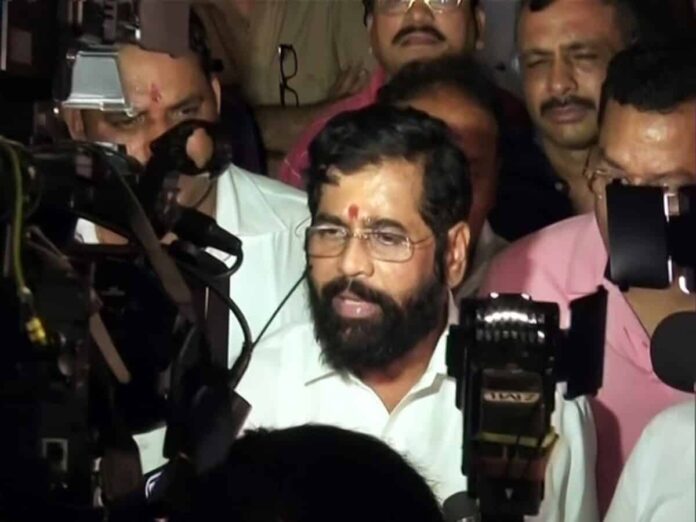 Shinde along with other rebel Shiv Sena MLAs have been camping in a hotel here for over a week now, triggering a political crisis in the Maharashtra Vikas Aghadi government. Shinde who claims the support of over 50 MLAs had on Tuesday stated that he will return to Mumbai soon and “take Balasaheb Thackeray’s legacy forward.”

“I will return to Mumbai tomorrow. I prayed for the welfare of the people of Maharashtra here at the temple,” Shinde said after visiting the temple.

Maharashtra Governor Bhagat Singh Koshyari has in a letter to chief minister Uddhav Thackeray asked him to face a floor test and prove the majority by convening a special session of the state legislature at 11am on June 30. According to the letter the floor test should conclude by 5 pm.

Meanwhile, the Leader of Opposition in Maharashtra Assembly Devendra Fadnavis had accompanied by 8 independent MLAs on Tuesday submitted a letter to the Maharashtra Governor demanding an immediate floor test.

“We have given a letter to the Maharashtra Governor demanding an immediate floor test,” Devendra Fadnavis said.