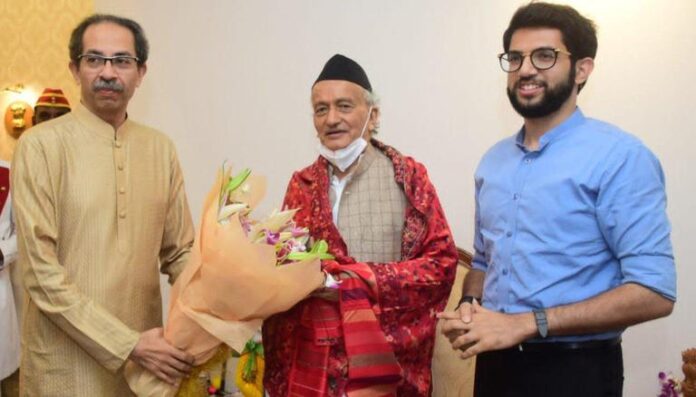 The directive came in the middle of the political crisis triggered by a rebellion by a large section of Shiv Sena MLAs, who are currently camping in Assam. Principal Secretary to the Governor of Maharashtra Santosh Kumar wrote to Chief Secretary Manu Kumar Srivastava after Leader of the Opposition (LoP) Praveen Darekar had complained about hasty decisions and GRs being issued in a “hurry”.

“Please find enclosed herewith a copy of the letter dated June 24, 2022 received by the Governor from Pravin Darekar, Leader of Opposition, Maharashtra Legislative Council regarding a large number of decisions taken by the State Government in last two days in a hurried manner.

In this regard, I am directed to request you to kindly furnish the complete background about the GRs, Circulars, issued by the State Government on 22, 23 and 24 June 2022 as also the deliberations, and decisions, taken by the State Government on these days, for being placed before the Governor, as mandated by Article 167 of the Constitution of India,” the letter reads.

Along with his reply, he has also added the letter written by Darekar to the Governor, in which he has pointed put that the state government is taking hasty decisions after some MLAs and ministers rebelled and sought the intervention of the Governor.

“MVA government in the state is suspiciously taking rapid decisions one after other pertaining to schemes, projects and giving contracts,” Darekar said.

He requested Governor Koshiyari to cancel all the decisions taken by Chief Minister Uddhav Thackeray-led MVA government in the state.