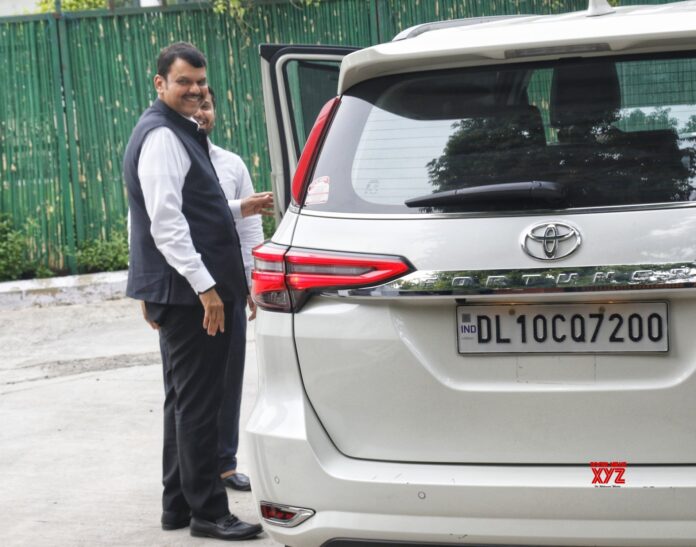 New Delhi [India]: BJP leader Devendra Fadnavis on Tuesday arrived at the residence of party president JP Nadda in Delhi as the crisis in the Maha Vikas Aghadi (MVA) government in Maharashtra has further deepened with rebel Shiv Sena leader Eknath Shinde claiming of having the support of 50 MLAs.

He came to Delhi after a core committee meeting of the Bharatiya Janata Party’s Maharashtra unit was held on Monday to discuss the state’s political situation. After BJP manages to secure a majority in the 2019 Assembly election, Fadnavis took oath as a Chief Minister of Maharashtra, but soon he had tendered his resignation after his deputy and NCP leader Ajit Pawar resigned. After Fadnavis quit, a post-poll alliance of the Shiv Sena, Nationalist Congress Party(NCP) and the Congress picked Uddhav Thackeray as their nominee for the chief minister’s post.

Earlier in the day, Shiv Sena leader Sanjay Raut had warned the BJP and Devendra Fadnavis to not get involved in the crisis unfolding in the MVA government. “If they do, then their party (BJP), Fadnavis and PM Modi’s names will be tarnished,” Raut said.

The political tussle in Maharashtra between Shiv Sena and the rebel group led by Eknath Shinde has now reached the Supreme Court. The pleas filed by the breakaway camp challenge the disqualification proceedings against Shinde and 15 other rebel MLAs.

On Monday, a separate plea was filed by Shinde in the top court regarding the safety of the legislators who have challenged party chief and Maharashtra chief minister Uddhav Thackeray. A bench of Justices Surya Kant and JB Pardiwala heard the pleas on Monday.

The Supreme Court granted interim relief to rebel Shiv Seva leader Eknath Shinde and other MLAs to file their reply to disqualification notices issued to them by the Deputy Speaker of Maharashtra Assembly by July 12, 5.30 pm.

“This is the win of the Hindutva of Balasaheb Thackeray and the ideas of Anand Dighe,” Eknath Shinde tweeted after the Supreme Court deferred the disqualification proceedings of rebel MLAs till July 11.

Meanwhile, attacking rebel MLAs of the party, Shiv Sena leader Aaditya Thackeray accused them of “betraying” the party and said, “the dirt has gone out of Shiv Sena”.

Thackeray, who was addressing Shivsainiks in Mumbai said the party rebels were “enjoying” in Guwahati when Assam was dealing with floods in parts of the state.

Thackeray also claimed that 15 to 20 MLAs, who are in the Eknath Shinde’s rebel camp were in touch with the Shiv Sena and have urged the party to bring them back to Mumbai from Guwahati.