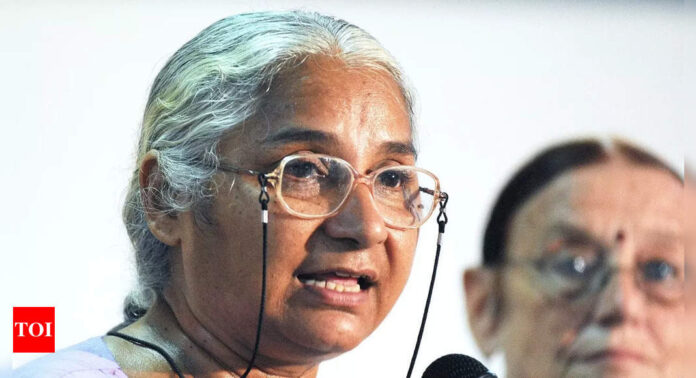 Earlier, the police had refrained from commenting on the matter.

A complainant named Pritam Raj Badole has registered the First Information Report (FIR) with the Barwani police alleging that she misled people by impersonating herself as a social worker who works to provide primary-level education to the tribal children of Madhya Pradesh and Maharashtra, while also providing hostels for schools students.

During the preliminary investigation, the police discovered that the Narmada Navnirman Abhiyan trust had collected Rs 13 crores in the last 14 years, whose source and expenditure are unknown.

As per the complaint, cash worth more than Rs 1.5 crore, whose audit for withdrawal and expenditure remained unclear, has been recovered during the probe.

“More than Rs 4 crore have been recovered from the 10 bank accounts of the Trust,” the complainant alleged.

The FIR also accused Patkar of misleading the Court by presenting her annual income as Rs 6,000 while an amount of Rs 19 lakh was recovered from her savings account.

Meanwhile, the activist refuted all the allegations against her and said that while she has not obtained any official notice from the police’s end, she was ready with an answer to every allegation.

Asserting that the complainant has connections with Akhil Bharatiya Vidyarthi Parishad (ABVP) and is connected with the Rashtriya Swayamsevak Sangh (RSS), Patkar said, “We have the audit report available for every question regarding the financial status. We, in fact, won the case against the Delhi Lieutenant Governor as we do not accept foreign money and always audit our bank accounts. Even in the future, we will keep answering and putting forth the evidence. The complainant is a member of ABVP and is connected with RSS.”

“We have used the money to help people generate livelihood and will keep doing it. We have been charged with such allegations in history as well. We do not accept CSR funds, however, it was only once when we accepted it from a Nandurbar collector and we have already registered the audit for the same,” she added.