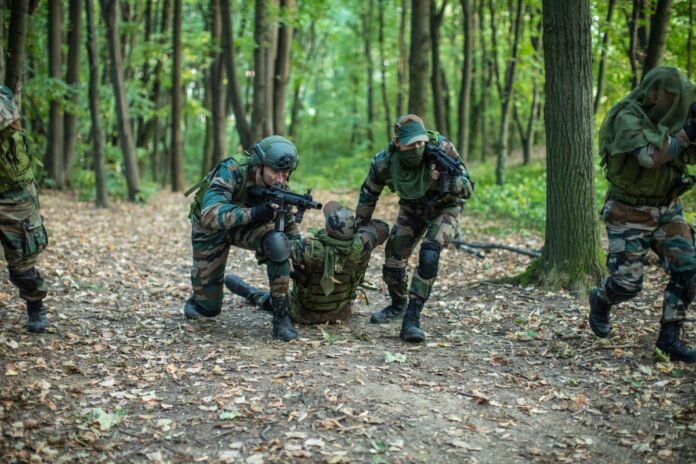 Bandipora (Jammu and Kashmir): A labourer from Bihar was fired upon by terrorists at Soadnara Sumbal in Jammu and Kashmir’s Bandipora district on the intervening night of Thursday and Friday, following which he succumbed to his injuries, police said.

The deceased labourer was identified as Mohd Amrez, hailing from Bihar’s Madhepura.

Soon after being shot, he was shifted to the hospital for treatment where he died.

“During intervening night, #terrorists fired upon & injured one outside #labourer Mohd Amrez S/O Mohd Jalil R/O Madhepura Besarh #Bihar at Soadnara Sumbal, #Bandipora. He was shifted to hospital for treatment where he succumbed,” tweeted Kashmir Zone Police this morning.

This comes a day after three army personnel died while neutralising two terrorists who attempted to carry out a suicide bomb attack at Rajouri on Thursday.

Subedar Rajendra Prasad, Rifleman Manoj Kumar and Rifleman Lakshmanan D made the supreme sacrifice for the country during the operation on Thursday morning.

However, the Army personnel manage