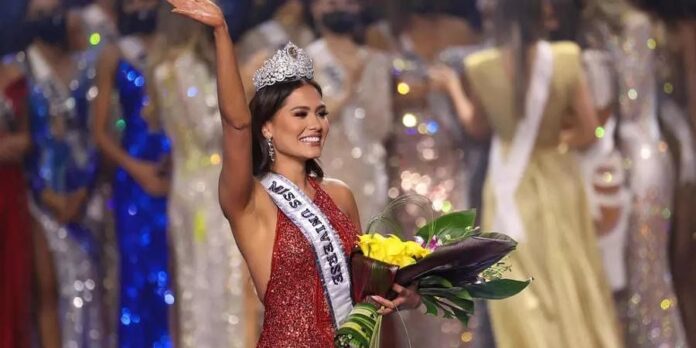 Mumbai (Maharashtra): The Miss Universe beauty pageant is expanding eligibility for its competition by allowing mothers and married women to enter, clearly a historic decision!

According to Fox News, Marital status and parental status will no longer be criteria for eligibility for pageant contestants starting in 2023. The Miss Universe pageant’s regulations have always required that winners be single and maintain their status as such throughout their reign as the title.

Mothers have historically been excluded as well and victors are typically required to avoid getting pregnant while serving as Miss Universe.

Miss Universe 2020 winner Andrea Meza of Mexico praised the rule change. She labelled established rules sexist’ and ‘unrealistic.’ “I honestly love that this is happening,” Meza said in an interview with Insider. “Just like society changes and women are now occupying leadership positions where in the past only men could, it was about time pageants changed and opened up to women with families.”

Meza criticised the current guidelines as being “sexist” and “unrealistic” in their endeavour to choose a winner that would appeal to the largest possible audience.

The Miss Universe pageant is broadcast in over 160 territories and countries around the world, including the United States on FYI and Telemundo.