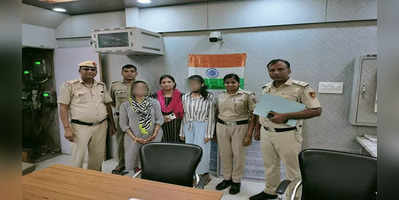 Alwar (Rajasthan): A vegetable vendor in Rajasthan’s Alwar who was allegedly thrashed by a mob on Monday succumbed to his injuries while undergoing treatment in a hospital in Jaipur, police said.

The vendor, identified as 45-year-old Chiranji Saini was thrashed after he was mistaken for a thief in Rambas village of Alwar district under Govindgarh police station limits.

Saini was heading home after relieving himself at a farm when he was thrashed by more than a dozen people.

As per information at the same time a tractor was stolen by certain thieves, who were chased by police personnel of Sadar Police Station and the owner of the tractor.

Seeing themselves surrounded by the police, the thieves fled leaving behind the tractor at a field near the powerhouse.

The tractor owner meanwhile mistook Saini as the thief and he and his associates started thrashing him.

Police who arrived shortly after, intervened and took the injured to a hospital where he was initially given first aid, but was later referred to Jaipur hospital, where he succumbed to the injuries around 3 pm.

There was a huge outrage among the people as the accused hailed from a particular community.

Chiranji used to earn his livelihood by setting up a vegetable cart.

After his death, the agitated people gheraoed the police station demanding the arrest of the accused persons. Further, they have also demanded the compensation for the family to bear the loss.

Son of the deceased, Yogesh Saini registered a case in Govindgarh police station, where he has alleged that the tractor owner, including one Vikram was responsible for the death of his father.

However, the police has refrained from providing more details.

SHO Deputy Assistant Inspector Shyam Lal Meena confirmed that Chiranji Saini lost his life after being badly thrashed and said that the police has registered a case.

“A case of the tractor theft was registered in the police station area of Sadar and they have recovered the vehicle from Rambagh area,” the police official said.